The Cavaliers somehow let a 26-point lead disappear in the 4th quarter of Sunday night’s loss to the Atlanta Hawks and the Celtics once again are tied for the top spot in the Eastern Conference.  This was the largest comeback allowed by a team with LeBron James in his long career and it couldn’t have come at a better time.

The hard truth for Celtics fans is that the C’s need to play their best basketball to have a chance in a 7-game series against Cleveland.  But collapses like the one Sunday night give Boston fans hope.  The Cavaliers clearly haven’t been playing their best basketball since the All-Star break and the Celtics are playing their best since the “Big Three” era.  For the Celtics to succeed in the playoffs, home court advantage will be a huge factor if a Cleveland-Boston match-up does happen. 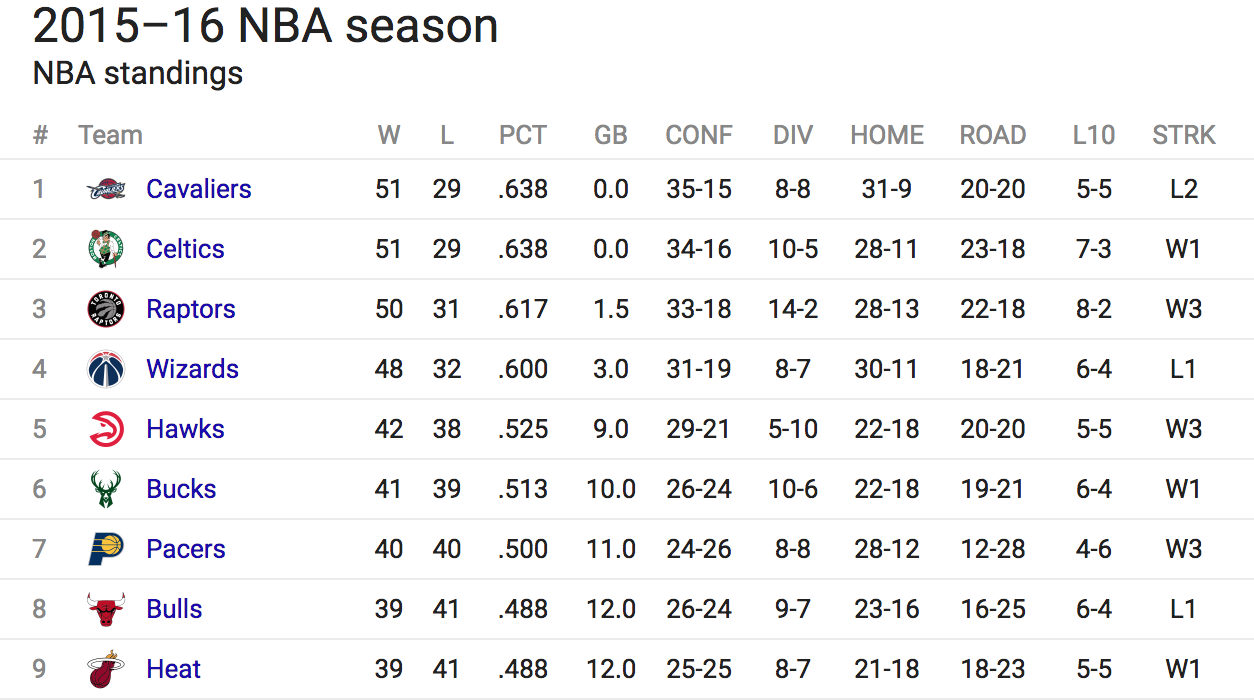 The Cavaliers will play their two remaining games against the Heat and Raptors, while the Celtics will face the Nets and Bucks.  It is clear that the Celtics have the easier match-ups, but Boston still needs to win both games and needs Cleveland to lose one of their two games in order to grab the top seed.  Monday night’s games will play a huge part in which team gets that spot.  With the Celtics losing to the Cavaliers last week by a landslide, Boston needs every advantage they can get come playoff time.