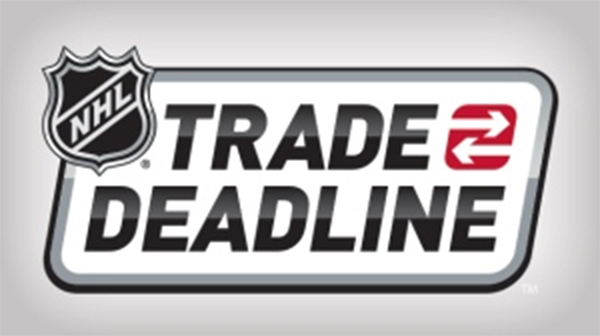 Last year’s NHL trade deadline was nothing short of disastrous for the Boston Bruins.

Determined to make a run for the playoffs, the Bruins traded a 2017 second round pick and a 2016 fourth round pick for rental Lee Stempniak, who played only 19 games. General manager Don Sweeney also traded a third round draft pick, a fifth round pick, and a marginal prospect for defenseman John-Michael Liles, who returned to Boston for the 2016-2017 season but has only played 31 games.

The Bruins gave up a total of four draft picks for two players whose play contributed little to the team at last year’s deadline, and ultimately missed the playoffs on the last day of the season.

This year, Sweeney finds himself in a similar situation; the Bruins sit at third in the Atlantic Division (70 points) with twenty games left in the season. The Montreal Canadiens’ recent skid has made the race for the Atlantic Division crown as close as it’s been all season- the Bruins are four points out of first place, yet the Toronto Maple Leafs are only one point behind Boston in a wild card spot.

The Bruins are enjoying their hottest run of the season since interim head coach Bruce Cassidy. Trade rumors have swirled around the team all season: Gabriel Landeskog, Jacob Trouba, and Matt Duchene have all been connected to Boston at some point.

As the trade deadline approaches, costs appear to still be inordinately high. Kevin Shattenkirk was sent to Washington on Monday afternoon in an unusually complicated deal that sends a first round pick, a conditional second round pick, and a prospect back to St. Louis. Generally, Colorado wants more than the Bruins should give (star prospects Brandon Carlo or Charlie McAvoy as a starting point) for either Landeskog or Duchene.

Rumors swirled Monday night that the Bruins were exploring trading Matt Beleskey, a player in the midst of a poor second season with the team. Injuries plagued Beleskey for most of the season, and he’s only scored seven points in the 35 games he has played. But the Bruins would likely have to retain some salary on his $3.8 million cap hit, which runs for three more seasons. Trading Beleskey is not a bad move in itself, but if the Bruins wait until next season, his value will probably increase as his play improves when healthy.

Don Sweeney should not have made moves for rental players at last year’s deadline. It’s no different this year. Renting players this year, with less draft picks at his disposal, unnecessarily depletes the team’s pool of young players and prospects. Similarily, unless the right deal presents itself, selling players suggests a lack in confidence in Bruce Cassidy, who is expected to make the playoffs with the same roster as Claude Julien.

The Bruins have a chance to assess what players the team wants to move ahead with during the rest of the season. This summer’s expansion draft means the Bruins will lose at least one player to the Vegas Golden Knights. Adding any players with term makes deciding who to protect that much harder. Let the season play out, see if the team makes the playoffs, and wait for the offseason before making any franchise altering deals. It’s just not worth it for where the Bruins are right now.