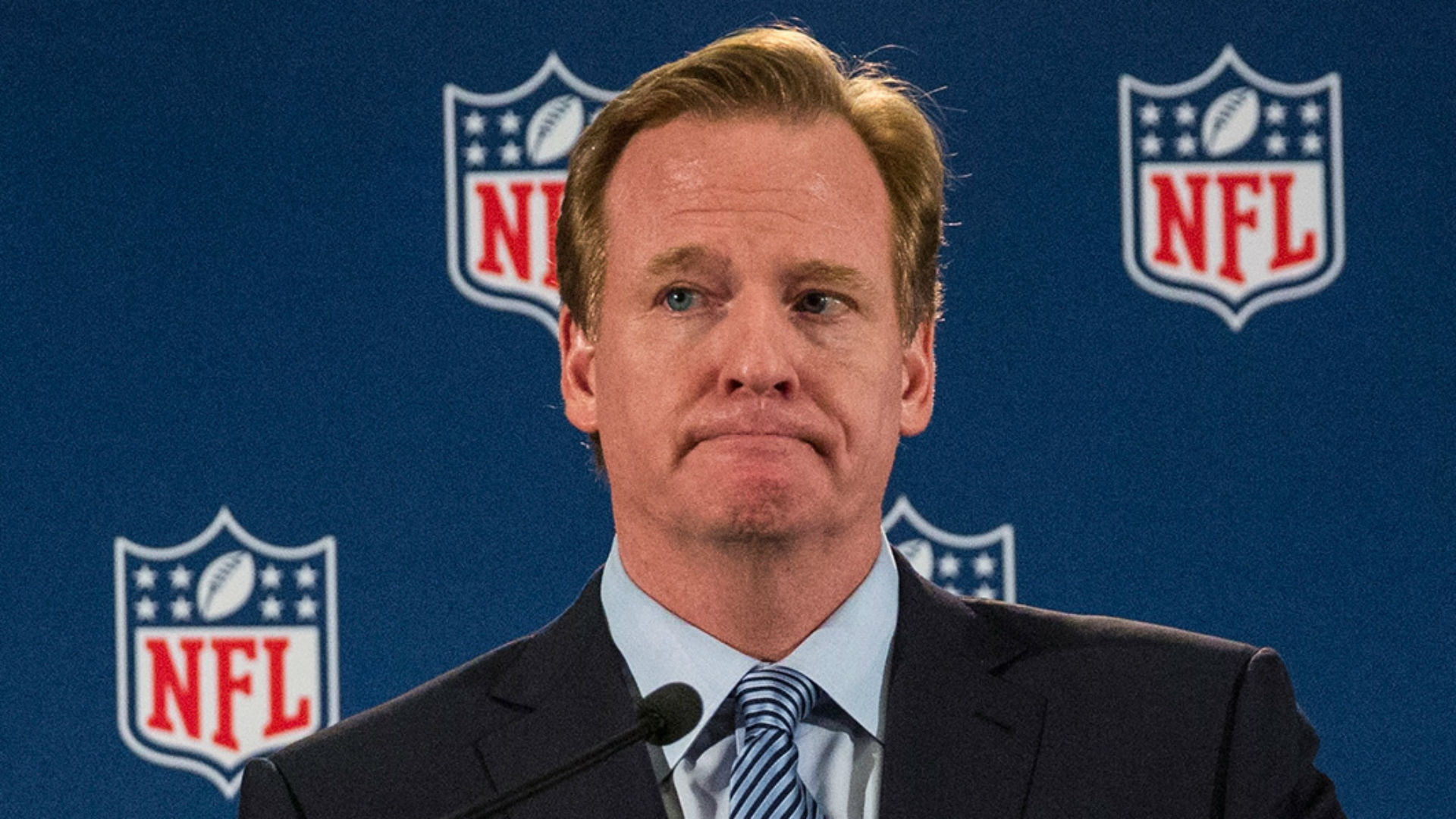 Congratulations.  You’ve officially completed the biggest witch hunt in the history of professional sports.  You’ve proven that you have the power do whatever the hell you want to satisfy your massive ego, no matter how unjust it might be.

You showed us that you can drag the greatest quarterback of all-time through the mud because of some alleged equipment violation and force him to miss a quarter of the season.  Meanwhile, you hand down one-game suspensions to guys who lead the cops on high-speed chases while smoking blunts with children and weapons in the car.

You claim to be protecting the integrity of the league, but everyone with half a brain knows that’s complete and utter bullshit.  The integrity of the league went out the window the moment Greg Hardy got the same punishment as Brady for beating the shit out of his girlfriend, throwing her on a bed full of assault rifles, and threatening to kill her.  You are implying that PSI’s in a football are as serious an offense as domestic abuse, running from the police, and endangering the lives of children.  And for that, Mr. Goodell, you are a fucking piece of shit.

The only people supporting you at this point are the same people who claim the Patriots should have asterisks next to all their Super Bowls.  Those aren’t even real football fans, they’re mouth breathers who are mad that their favorite team has gone through 20 different quarterbacks in the last decade.

But you don’t care.  You did what you set out to do.  You handed Tom Brady a suspension for doing something that no one could prove he actually did.  The evidence was inconclusive and science proved you wrong, but you stuck to your guns until you showed everyone just how much of an asshole you really are.

But I have some bad news for you.  You didn’t do enough.  Despite the four-game suspension, the Patriots are still favorites to win the Super Bowl.

Am I confident that Jimmy Garappolo will be solid in the first four weeks of the season?  No.  I don’t see how anyone could say that based on the limited sample size that we’ve seen.  But I’m confident that it doesn’t fucking matter.  Even if the Pats go 0-4, you are going to see the most pissed off, well-rested Tom Brady you’ve ever witnessed in your years as NFL  commissioner.  I promise it will haunt your dreams.

As with any aging NFL player, Brady’s biggest issue as he’s gotten older is failing to play his best football throughout the playoffs after the wear and tear of a 16-game regular season.  Thanks to this inexplicable suspension, you’ve added both rest and revenge to Brady’s already endless list of reasons to make sure you have to hand him the Lombardi trophy on February 5th in Houston.  I speak for everyone in Pats Nation when I say that we absolutely can’t wait for that day.

So while you can enjoy your small victory, it’s important you understand that you haven’t really accomplished much at all.  You’ve created far more problems than you’ve solved you’ve started a whirlwind of confusion when it comes to setting the precedent for future suspensions.  Is hitting women still okay?  Would you be more forgiving if Tom had just knocked out Giselle in an elevator and dragged her limp body on camera instead?

Again, I know you don’t care.  You’re just a cold, heartless, spineless, power-hungry egomaniac with an extreme inferiority complex.  No one who is as insecure as you should ever be placed in a position of such power, but here you are pulling strings and ruining the most popular sport in America so you can feel significant.  Twenty years from now, Tom Brady will still be one of the greatest football players ever.  You’ll just be the prick who did everything in his power to try to ruin that for him but couldn’t succeed.  You’re a joke Goodell.  See you in February.