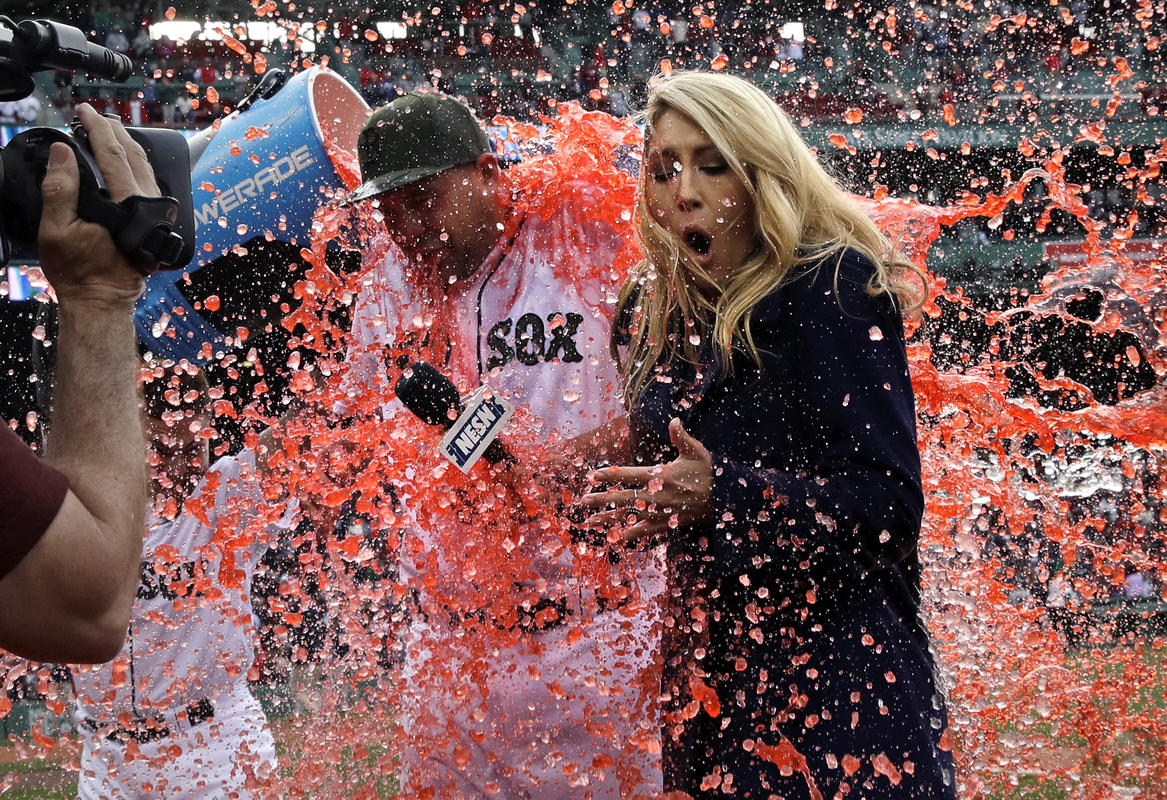 After five years in the Red Sox’ organization, Brian Johnson finally made his Fenway Park debut on Saturday afternoon against the Mariners.   He was almost perfect.

Riding a five-game winning streak, the Sox turned to the 26 year-old lefty and were rewarded with the team’s best starting pitching performance of the season thus far.  Johnson allowed just five hits, NO WALKS, and recorded a shutout in Boston’s first complete game outing of 2017.

Not walking one batter is a good indication of his incredible control throughout all nine innings.  But if you need any more evidence, consider that this guy threw just 109 pitches and 85 of them were strikes.  That’s 78 percent…

The only Fenway Park debut in recent memory that can even compare to Brian Johnson’s gem was Pedro Martinez in a 5-0 win on April 11th, 1998, also against the Mariners.  It was another complete game shutout, as Pedro threw 125 pitches and allowed just two hits.  He struck out 12, but unlike Johnson he walked a couple.

Johnson was drafted 31st overall by the Red Sox back in 2012.  He was a promising young prospect out of the University of Florida, but his career was put on hold when he was pitching for the Lowell Spinners in a Futures at Fenway game just a few months after he was drafted.  He took a line drive off the face, breaking his orbital bones and prematurely ending his debut Minor League season.

After his start on Saturday, he reflected on that moment and the five-year journey that finally landed him back on that mound:

Following his postgame interviews, Johnson did something that you rarely see any player do.  Instead of driving his car out of the stadium, he walked out onto the street with his family just like all the fans.  This is someone I can root for:

Unfortunately, Johnson will be demoted back to Pawtucket following the best game of his life.  He was only up for one start.  But with the talent he put on display, it’s inevitable that he’ll be back up to the Big Leagues shortly.

Even though it was only one game, his contribution was significant as he made a red hot team even hotter.  Just one week ago, the Red Sox fell to .500 after losing their third in a row to the A’s.  Since then, they’ve won six in a row and are just two games behind the Yankees for the best record in the AL East.

The Celtics have been eliminated and the Sox are starting to win.  It’s officially baseball season.