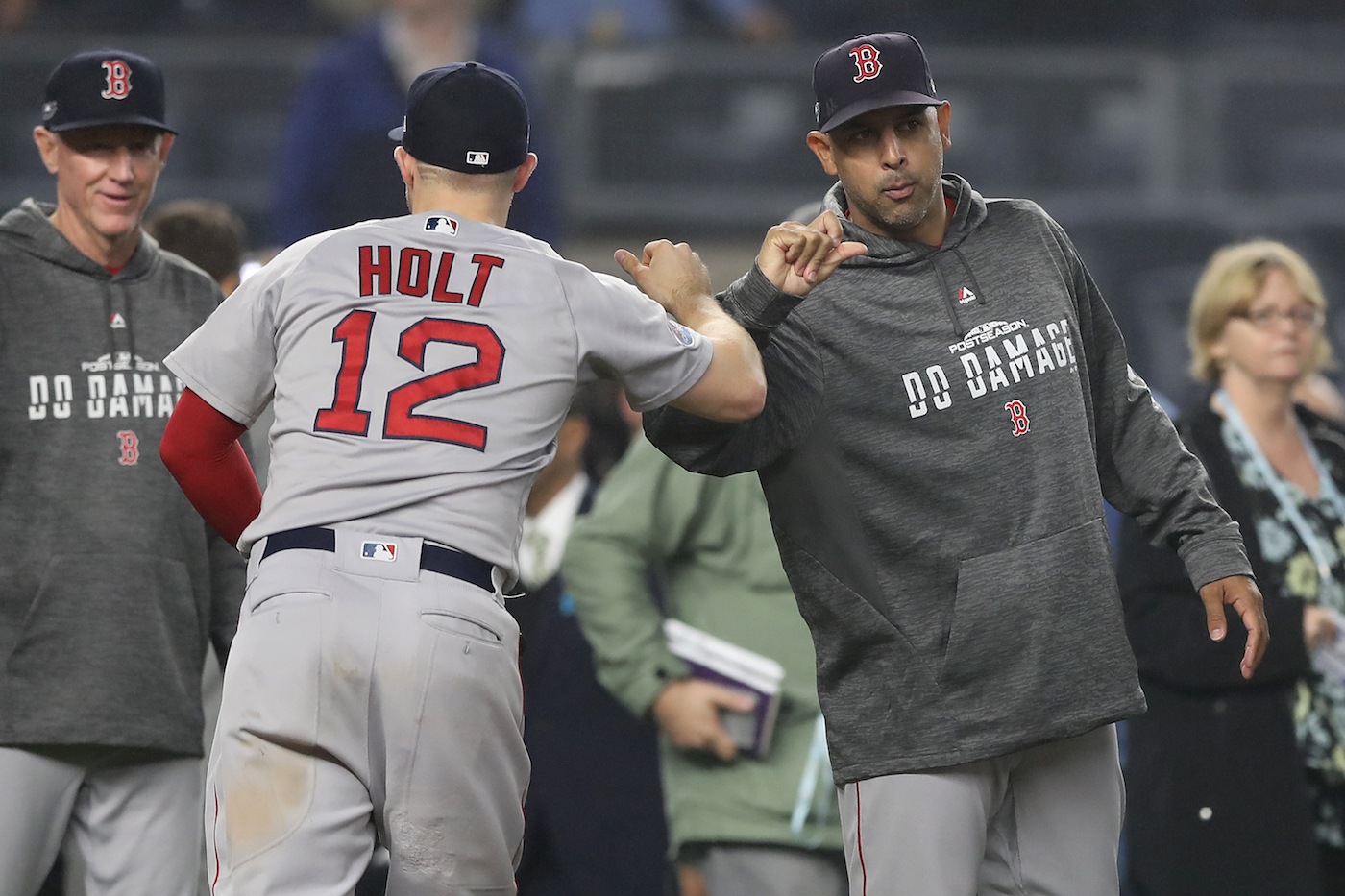 I’ve been away in New Hampshire with limited internet access so I haven’t had the chance to write the last few days, but I won’t say much about game 2.  There really isn’t anything to add to the David Price conversation.  I’m done bashing the guy.  He’s completely incapable of starting in big games and there’s nothing he can do to improve that.

On to the good news.  The bullpen was actually solid in game 2 despite the loss, and in game 3 they weren’t needed because the Sox embarrassed the Yankees 16-1 in a historic Bronx beatdown.

There are obviously a ton of positives to take away from a 16-1 win, but we’ll focus on the biggest one.  The genius of Alex Cora.

Rick Porcello was slated to start game 3, but an emergency relief appearance in game 1 pushed him back.

Cora went with Nathan Eovaldi instead, a guy who is borderline unhittable when he has his best stuff.  The only issue is he hadn’t had his best stuff since his first couple starts with the Sox back in late July and early August.

In Game 3, we learned that Eovaldi has balls of steel, something Cora apparently knew already.  One earned run in seven innings.

Brock Holt, Rafael Devers, Steve Pearce, and Christian Vazquez were also inserted into the lineup in place of Ian Kinsler, Mitch Moreland (injury), Eduardo Nunez, and Sandy Leon.  Those four replacements went a combined 9-for-22 (.409) with 8 RBI’s and Brock Holt became the first player in Major League history to hit for the cycle in a postseason game.

The best part about this managerial masterpiece was that Cora completely went against analytics and followed his gut.  Both Holt and Devers have horrible numbers against Luis Severino and if that continued on Monday night he never would’ve heard the end of it.

I had originally predicted Sox in five but I wouldn’t be surprised if they take the series tonight.  Losing by 15 to your arch-rival on your home field is tough to come back from.  Spare me the ‘04 ALCS comparisons, this Yankees team is not the 2004 Red Sox by any stretch of the imagination.