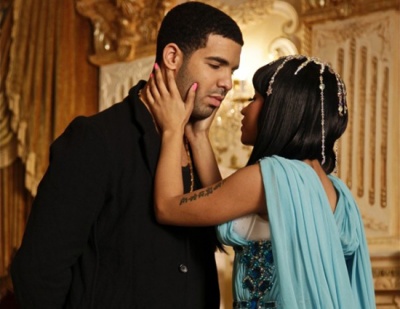 First let me start by saying that I absolutely love what Drake just did for hip-hop.  It’s so rare nowadays to see big-name rappers actually go after each other with diss tracks and for him to release two within a span of a couple days shows the type of competitiveness that popular rap has been missing.  Sure Kendrick Lamar dropped that “Control” verse a couple years ago where he called out the entire industry, but this is a guy who had a problem with someone and handled it by lyrically attacking him and forcing him to respond just to uphold his manhood.  Drake obviously had the confidence to do that because he knows Meek Mill can’t out-rap him, and anyone who listens to rap knows this.  Drake might be the soft R&B type sometimes but that doesn’t mean he doesn’t have bars.  He came into the game as a rapper and didn’t even try singing until he had made a name for himself with his rhymes.  If Meek Mill didn’t know that before, he knows it now.  Meek’s biggest mistake was starting a problem with Drake without considering the fact that Drake is better than him at his own profession.  Maybe he didn’t think Drake would go that route, but why even risk it?  He got himself into a situation where the whole world was waiting for him to drop his response last night just hoping it would be half as good as “Charged Up” and “Back to Back” and, to no one’s surprise, it wasn’t.  We all know that Drake has always had a thing for Nicki Minaj and we all know that their friendship makes Meek Mill uncomfortable, but calling out a fellow rapper who’s better at rapping than you is no way to deal with your insecurities.

PS: For everyone saying Drake “ended Meek Mill’s career”, unfortunately that’s not how the music industry works anymore.  Meek Mill is signed to a major record label and everything he puts out will continue be heavily promoted and garner millions of views on youtube.  What Drake did was reinforce what we already knew, that he’s a better rapper than Meek Mill.