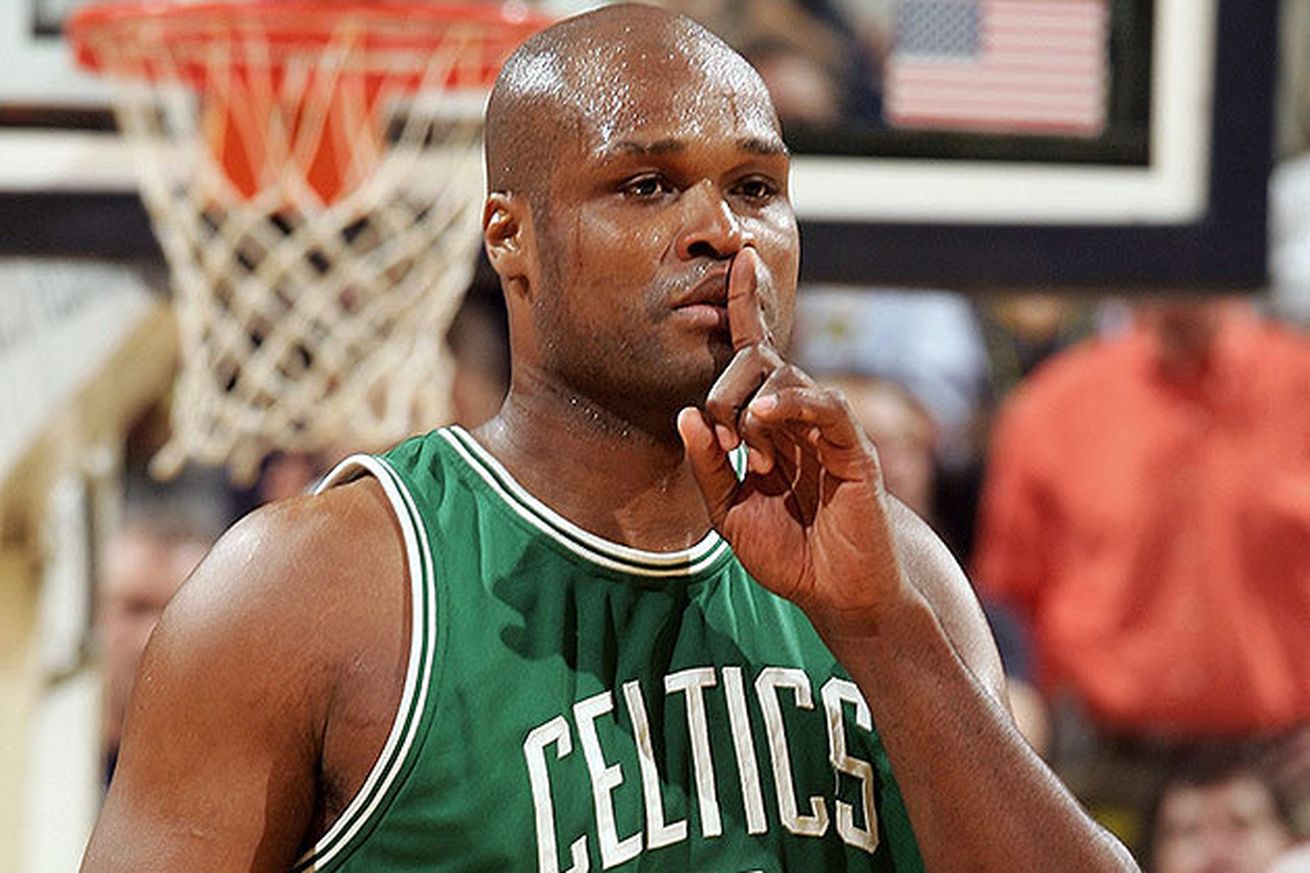 “I know that this is going to be hard for you to believe, but you’re going to make $108 million playing basketball — $108 million — and a few years later, you’ll be broke. You trusted the wrong person, and you didn’t have anyone else watching the business. You might have been able to work through that, but you handed out too much money to too many people. And the rest, you either gambled away or spent on things that will eventually seem foolish.

–Letter To My Younger Self by Antoine Walker

If you were a Celtics fan in the late 90’s and early 2000’s then you know all about Antoine Walker.

After winning a championship at the University of Kentucky in 1996, Toine was drafted by the C’s and ended up playing seven and a half of his 12 years in the league with Boston.  He averaged 17.5 points and nine rebounds per game his rookie year and was selected to the All-Rookie First Team.  In his second year he put up 22.4 points and 10.2 rebounds and was the seventh 21 year-old All-Star in NBA history.

When Paul Pierce was drafted in 1998, he and Walker immediately became one of the strongest 1-2 punches in basketball.  In 2001-02 they became the first Celtics duo to make the All-Star team since Larry Bird and Reggie Lewis in 1991-92 and led the C’s to the Eastern Conference Finals for the first time since 1988.

Walker would make the All-Star team again in 2002-03 before he was traded to the Dallas Mavericks the next season.  He then played for the Atlanta Hawks for the first half of the 2004-05 season before being traded back to the Celtics after the All-Star break.

He spent the next two years with the Miami Heat where he was a key role player on their championship team in 2006.  After he finished up with the Minnesota Timberwolves in 2007-08, Antoine Walker had put together a pretty successful NBA career.  12 years, three All-Star appearances, and a ring to top it all off.

He had also earned $108 million, although he didn’t have much to show for it by the time he retired in 2008.  Two years later he would file for bankruptcy, which unfortunately has become far more talked about than his basketball career.

Walker recently took to the Player’s Tribune to explain exactly how he fell so far financially, writing a letter to his younger self and explaining what not to do.

How anyone could blow $108 million is absolutely mind-boggling, but it basically came down to three things: gambling, buying expensive shit for his friends (he has a lot of friends) and family, and one terrible business decision where he got scammed into spending millions on real estate.

The good news is that Walker has faced his mistakes head-on and is managing to get himself back on his feet.  He’s currently a basketball analyst on 120 Sports and he’s making an effort to share his experiences with college athletes so that they don’t face the same issues.