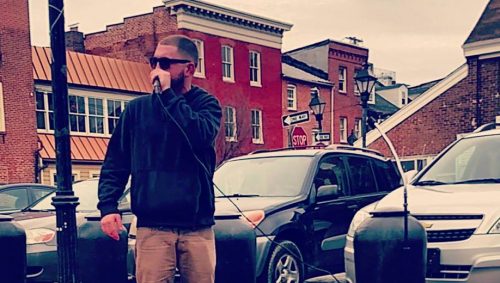 Everett Gibbons is a rapper who hails from Pelham, New Hampshire.  His most popular video to date is “Sofas In The Street” which he released in 2014:

Gibbons also released his impressive “Send Em Deep” mixtape that same year.  It featured great tracks like this one, which is my personal favorite:

Gibbons followed up “Send Em Deep” with a couple even stronger projects.  In 2015 he released The Vent EP.  All six of the songs from the EP were produced by San Francisco based producer Decap and the progression from Everett just a year after his last mixtape was evident.

My favorite track is “Old Soul”, which features a nice laid-back alternative style beat from Decap complimented by some smooth lyrics and flow from Everett Gibbons:

The Vent EP is available for purchase on iTunes.

Gibbons’ most recent release is his “Dam(n) the Mainstream” which came out in March of this year, and it’s his best work yet.  All 13 tracks are worth listening to but my personal favorite is “Wannabe”.  The beat from Louis Mackey is absolutely incredible and Everett blesses it with exceptional lyrics as well as some captivating rhythm on the hook.  It turns out the kid can sing too:

You can listen to the whole “Dam(n) the Mainstream” mixtape right here on Soundcloud:

For everything you need from Everett Gibbons, check out his website EverettGibbons.com.