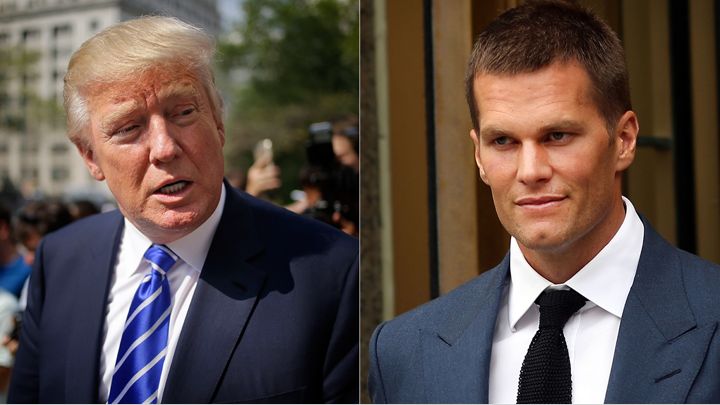 Tom Brady has always been known to avoid controversy by saying the right things in his interviews.  That wasn’t the case last Wednesday.

During a press conference, Brady was asked about Donald Trump passing off his disturbing comments from 2005 as “locker room talk”.  Rather than answer the question, Tom simply said “thank you guys, have a good day” and walked off the podium:

Normally I would say it’s completely acceptable for a professional athlete to completely avoid a question about politics.  This question, however, wasn’t so much about politics as it was about integrity and morals.

I’m not implying that Tom Brady is pro-sexual assault.  As a matter of fact I’m 100% sure he’s not, which is why it would have been really easy for him to say “that’s not how we talk in our locker room” before concluding the press conference.

I guess he thought that he could avoid the topic altogether, but the reality is that ignoring the question has only increased the ambiguity of Brady’s support of Trump.  He has publicly endorsed him in the past, hanging a “Make America Great Again” hat in his locker and saying “I hope so, that would be great” when asked if he thought Trump could be elected president.

But in the 13 months since that statement was made, a lot has happened with Donald Trump.  By “a lot”, I mean an endless amount of racist and sexist comments as well as women recalling stories of being assaulted by Trump, leading Tom Brady fans to wonder whether or not he’s actually still rooting for this guy.

His interview on Wednesday was a perfect opportunity for Brady to not only clear the air on that topic, but to stand up against sexual assault and assure us that the Patriots’ locker room doesn’t involve casual discussions of grabbing women by the p***y without their consent.  Again, I don’t think that’s the case, so a quick response shouldn’t have been so difficult.

There have been various athletes over the last few days who have spoken out against Trump’s comments.  One of whom was LeBron James, who said the following:

Now I can honestly admit that I never thought I’d say that LeBron James was better than Tom Brady at anything, but TB12 should take some notes from Bron Bron so he knows how to handle questions like this in the future.  You can expect him to be bombarded with Trump-related questions from here on out, and we can only hope he chooses to be more open with us next time.