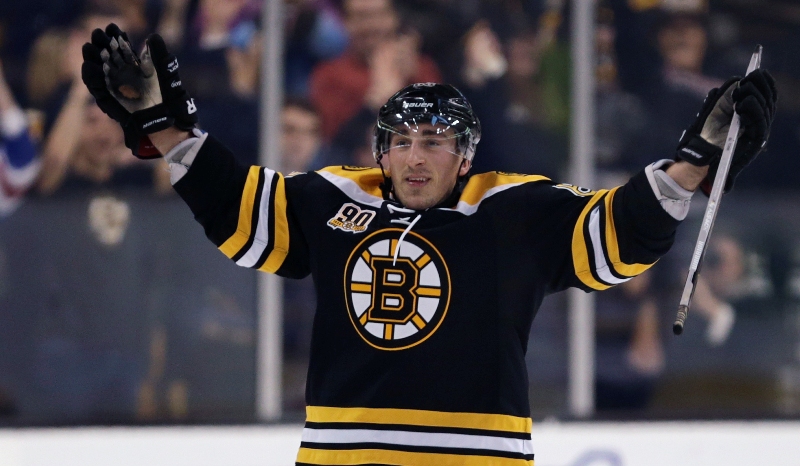 Despite the recent ups and downs that the Bruins have experienced, Brad Marchand is having his best season of his career.

In Sunday’s loss to the Red Wings, Marchy netted his 13th goal in 13 games by scoring the quickest goal in B’s history just 8 seconds after the puck dropped:

It was his 28th goal of the season, tying his previous career best set in 2011-2012.  With 26 games still remaining, he’s in position to smash his personal record.

Another notable goal during his recent hot streak was this game clinching OT penalty shot when the Bruins benefited from a questionable call against the Sabres last week:

Unfortunately, Marchand’s exceptional play as of late hasn’t rubbed off on the rest of the team.  Every time the Black and Gold have been able to string together a couple of wins this season, they’ve struggled to keep their intensity and focus up.

It’s been a month since they won more than two games in a row, and the 9-2 thrashing at the hands of the LA Kings last week exposed just how pathetic their defense is.

Fortunately they’re still in good position to make the playoffs if they can manage to not completely choke the rest of the way, but how deep of a run they can make is another story.

If one thing is for certain right now, it’s that Brad Marchand has blossomed into the B’s most effective player.  He’s part of a solid core that includes Patrice Bergeron, David Krejci, and one of the best goalies in hockey in Tuukka Rask.

Boston’s problem is the lack of consistency production from just about every other player on their roster.