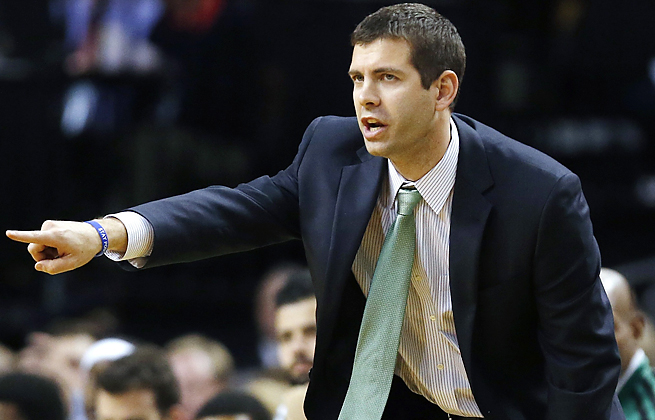 The Celtics pulled off a huge 91-79 victory over the Raptors Wednesday night at the Garden.

I understand that Kyle Lowry was out, but so was Jae Crowder.  Beating the number two team in the East without your best two-way player is no joke and should be a major confidence boost for this squad.

The win also marked a small milestone for Brad Stevens as he officially clinched his first winning season as an NBA head coach.

When asked about the accomplishment, Stevens was unimpressed:

“There’s been good progress. There’s been good growth. And that’s my biggest focus,” Stevens said. “But you don’t sign up to come to the Boston Celtics to win 42 games, so we’ve got a long way to go.”

And he’s right.  No one within the most storied franchise in basketball history should be satisfied with a winning season.  The Celtics didn’t win 17 Championships by just aiming to be over .500 every year.

As far as I’m concerned, this season is a disappointment if they don’t win a series in the playoffs.  No matter how many games are won in the regular season, if the C’s get bounced in the first round then they’re right back where they were last year.

Progression is the name of the game.  Despite a first-round sweep, last season was a major improvement over the 25-57 lottery year that took place in 2013-14.  The only way to improve over a first round exit is to come back the next year and continue to win basketball games into May.

So far this season, the Celtics have made improvements.  But that can all go away if it doesn’t translate into the postseason.  Right now their main focus should be giving their best effort in these last 10 games so they can secure home court advantage in the first round and put themselves in a position to make noise come playoff time.