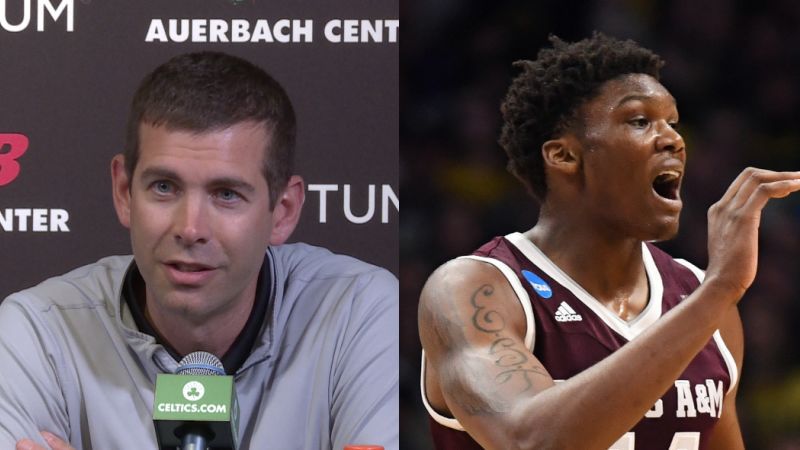 People love to overreact to draft picks, whether it be positively or negatively.  The amount of Celtics fans who were unhappy with Terry Rozier, Jaylen Brown, or Jayson Tatum at the time of their selection is appalling.  The same amount thought drafting Kelly Olynyk over Giannis Antetokounmpo was a good idea.

The truth is that nobody knows a damn thing until these guys actually lace up for a real NBA game.  But when one of the brightest minds in basketball says that a guy will be a good fit, you can start to put a little more stock in the hype.

Robert Williams isn’t exactly the prototypical Brad Stevens big man, mainly because he lacks a jumper.  What he does have is the ability to block shots and play above the rim better than any big Stevens has coached during his five-year tenure n Boston.

Here’s what the Coach of the Year candidate said about the newest member of his squad:

“I think when you look at guys with size and how they can impact the game now, is he’s got good feet, he’s a good athlete, he’s got a 7’5” wingspan, and he plays way above the rim,” Stevens said. “The ability to block shots, the ability to alter shots, good quickness to catch up to guards shooting if they get a step and being able to still alter that. And then obviously, if you can have four shooters on the floor and a guy like that rolling to the rim, you can just throw it up in the air and he can go get it and finish it. And I think that there’s a lot of things that he brings to the table, but those are the things that translate sooner rather than later. As he continues to improve and improve his skill and all of that, we’ll see where all that goes, but right now he is an elite athlete with incredible length.”

Williams was 62% from the field and nearly averaged a double-double last year at Texas A&M.  He still has plenty of room to develop, but his size and athleticism are enough for the 6’10” 20 year-old to make a difference right away.  If he has the right work ethic, he could play a significant role on a team that’s expected to contend for a championship.