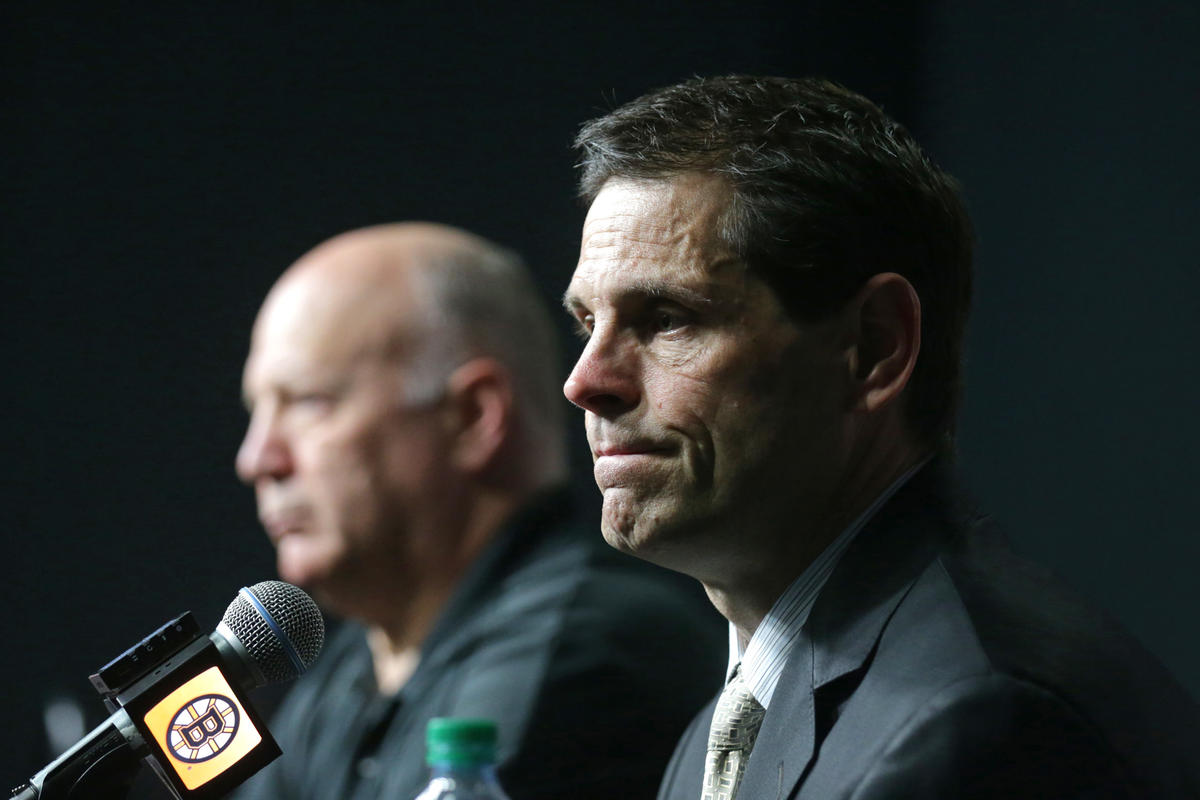 Julien is immediately replaced by assistant coach Bruce Cassidy, who was promoted to the NHL this season after coaching the Providence Bruins since the 2008-2009 season. The writing was on the wall for Julien as soon as Cassidy was introduced as an assistant coach, but many hoped the team would turn it around and inspire Sweeney and team president Cam Neely to retain the head coach for the future.

Julien coached the Bruins for ten years during one of the team’s most successful runs. His 419 wins stand alone, even above Art Ross, as the most in team history. He coached the team to a Stanley Cup victory in 2011 and made another appearance in 2013. Claude Julien may very well be the greatest coach in Boston Bruins team history.

And yet, much like Terry Francona of the Boston Red Sox, he is unceremoniously fired due to problems that really can’t be blamed on him.

The Bruins can be thought of as “underperforming” this season- their Corsi percentage (shot attempts for vs. shot attempts against) is the best in the league, but their team shooting percentage (5.97%) is the absolute worst. Their PDO (a measure of how ‘lucky’ vs. ‘unlucky’ a team/player is, essentially) is a full three points lower than it’s expected to be. Their struggles can be attributed to poor luck. Sure, maybe expectations within the organization were higher for this season, but any argument that the Bruins have a drastically more talented roster than they did in 2015-2016 is a weak one. The only difference between last year’s defense and this year’s is Brandon Carlo, a 20 year old rookie who is playing 21:19 minutes per game, third most amongst defensemen. Carlo could turn out to be a great defenseman, but right now, he’s no Aaron Ekblad. The forward group suffers from a great dependence on Brad Marchand and David Pastrnak, and while the puck is starting to find the net more often (the Bruins have scored at least three goals in each of their last five games), it’s still bogged down by a disappointing first season with the Bruins by David Backes, poor depth at all three forward positions, and bad contracts that are starting to show (Matt Beleskey). Tuukka Rask is in the midst of his third season as effectively the only goaltender on the Bruins, giving the rest of the NHL a lesson in the importance of backup goaltending.

Claude Julien won the Stanley Cup with a Bruins team that was primed to challenge the Chicago Blackhawks for the best team of the 2010s. He had stars in their prime (Bergeron, Krejci, Rask, Marchand, Boychuk) and the one-time futures of the franchise (Tyler Seguin, Dougie Hamilton). As time passed, mismanagement pulled the rug out under the team’s future stars and current pillars, leaving Julien with an unfortunate mix of his best and his worst. How the 2016-2017 Bruins perform given the circumstances of recent history should not be surprising.

Neely and Sweeney hope that firing Julien jumpstarts their players in a similar fashion to the 2015-2016 Pittsburgh Penguins, who never looked back after naming Mike Sullivan head coach midseason, eventually winning the Stanley Cup. The key difference here is that the Penguins had a far better roster last year. It’s possible something similar happens in Boston, but to almost all eyes but upper management’s, it is not likely. If the Bruins continue to falter, slip, and slide to the bottom of the NHL, then heads will continue to roll. If that brings about the end of the mismanagement shown under Cam Neely, then so be it.