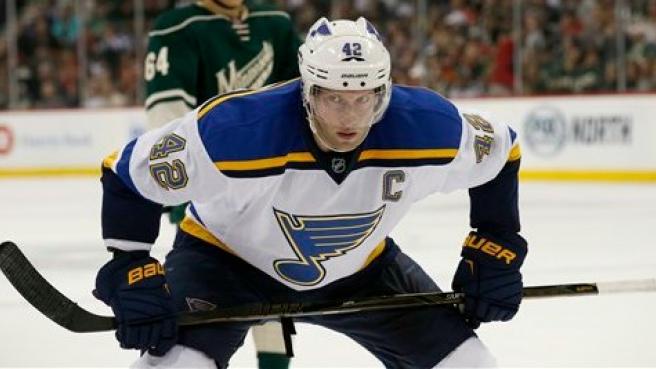 Hockey looms only days ahead.

The end of August marks the end of the NHL offseason and renews the NHL season cycle. Soon NHL teams will begin pre-season training camps and the league’s best players will take the ice for the brand new World Cup of Hockey before returning to their professional teams for the season. We’ve had all summer to agonize over any little bit of hockey news, savoring any free agent signing, any trade rumor, any news from the Jimmy Vesey sweepstakes. Now that we’ve reached the light at the end of the tunnel, we can easily review Don Sweeney’s second offseason on the job by asking a simple question: are the Bruins in a better position this year, worse off, or do they face the same fate they did in 2015-2016?

The best strength the Bruins have remains their depth at forward, which has improved since last season.  Boston boasted one of the best offenses in the league in 2015-2016, but a staggering 41.9% of their 236 goals for were scored by three players: Brad Marchand, Patrice Bergeron, and Loui Eriksson. Eriksson departed Boston for Vancouver in the offseason, and though Marchand and Bergeron are one of the league’s best dynamic duos, no competitive team can depend on their star players for so much of its offensive output. Though it may not look like it at first sight, Boston’s forward group is primed to pitch in up and down its four lines this year.

The addition of center/right wing David Backes gives Boston versatility at two forward positions, and raises an important question: who will play right wing, and where? Nobody seems to know which position Claude Julien will slot Backes in this season: conventional thinking suggests Backes, a power forward known for giving his all every shift, would do well playing on David Krejci’s wing. However, there’s something to be said for Backes as a third line center, even though he carries a $6 million cap hit. Boston’s third line often struggled with puck possession last year and really can’t afford to see Ryan Spooner and Jimmy Hayes paired together again. Slotting Backes in at center crafts an opportunity for a much more well rounded third line, and Ryan Spooner did spend one game at right wing last season. If the coaching staff wants a more lockdown center playing on the third line and a skilled offensive player in their top six, switching the two could work well. If Spooner’s defensive side of the game improves, Backes is just as likely to succeed on one of Boston’s top two lines as a right winger.

Two more forward signings went under the radar in Boston this summer- Riley Nash signed a two year deal with a $900,000 cap hit in July, and earlier this week the Bruins signed Dominic Moore to a one year deal worth $900,000. These are certainly depth moves, but Riley Nash has proven himself a quality possession player in the past and should slot in well on the fourth line. Similarily, Moore is a veteran who plays a style of game Don Sweeney and Cam Neely love. Their contracts are both so cheap that if either of them don’t pan out, it’s very easy to bury the cap hit in the AHL for the season, but it’s likely both will prove better on the fourth line than Max Talbot, Zac Rinaldo, or Joonas Kemppainen were last season.

On the defensive side of the puck, there hasn’t been much change in the weakest part of Boston’s game. Dennis Seidenberg was bought out of the last two years of his contract, and despite his contribution to Boston’s 2011 Stanley Cup team and its subsequent years, losing him is addition by subtraction. In his absence, Don Sweeney signed John-Michael Liles to a one year, $2 million contract. Liles isn’t exactly a newcomer to Boston- he played 17 games with the team after being acquired at the trade deadline in exchange for a third round pick, a fifth round pick, and prospect Anthony Camara. Luckily, Liles should be a stabilizing presence on the blue line, unlike Seidenberg the past two seasons. He will hopefully be able to form one half of a solid third pairing on defense and should serve as a mentor for younger defensemen Colin Miller and Joe Morrow, who need to start contributing this season for Boston to have any sort of competitive defense.

Finally, Don Sweeney bought back an old friend to man the Bruins’ backup goaltender spot this season. Anton Khudobin played 14 games for Boston in the shortened 2012-2013 season and impressed during that short stint. Since then, he has bounced from team to team and become a fringe NHL goaltender, but with Malcom Subban and Zane McIntyre still biding their time in Providence, Khudobin is an ideal stopgate candidate until the coaching staff and front office feels one of their goalie prospects is ready for the NHL. Khudobin’s stats outside of his year with the Bruins are perfectly average, but realistically, he only needs to post slightly higher than average numbers this year to be an improvement over last year’s backup, Jonas Gustavsson.

Judging by these changes, it’s hard to expect a better season out of these Bruins than they had in 2015-2016. The forward group has better depth on paper, but there remains a question mark at right wing. David Backes adds a lot to Cam Neely’s vision of the Big Bad Bruins, but will he be able to replace Loui Eriksson’s offensive production and two way game? Will anyone be able to step up on the blue line, or is the team doomed to another season of mediocre defense?

There will be a lot of time to assess Boston’s full roster and how it could shake out come the regular season, but just looking at the team’s off-season moves, it could be another bumpy ride.