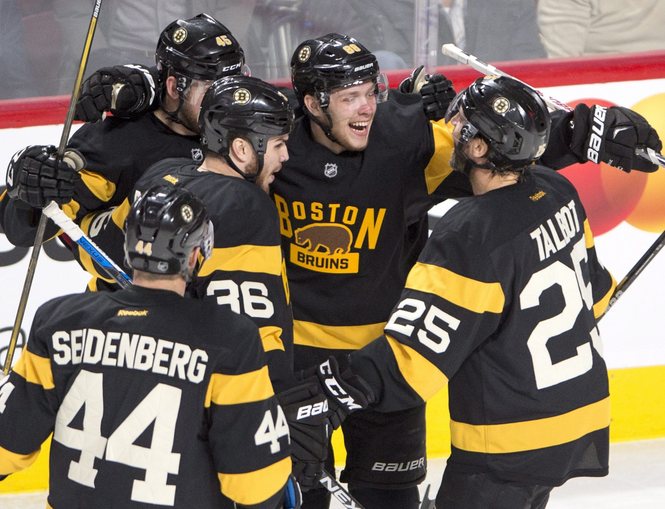 The Bruins defeated the Montreal Canadiens Tuesday night at Bell Centre to win their third straight game after previously losing eight of their last ten.

The return of forward David Pastrnak proved to be a key for the B’s as he contributed a goal and an assist in the 4-1 victory.  Brad Marchand, Patrice Bergeron, and Max Talbot also scored for Boston.  Marchy’s goal came on an empty net with 1:23 to play.

Tuukka Rask had one of his best performances of the year, notching an impressive 39 saves in the win.

The Canadiens are struggling mightily at this crucial point in the season, losing 17 of their last 20.

Boston’s recent streak has moved them ahead of both Montreal and Ottawa in the Atlantic division.  They play the Vancouver Canucks tomorrow night in Boston.