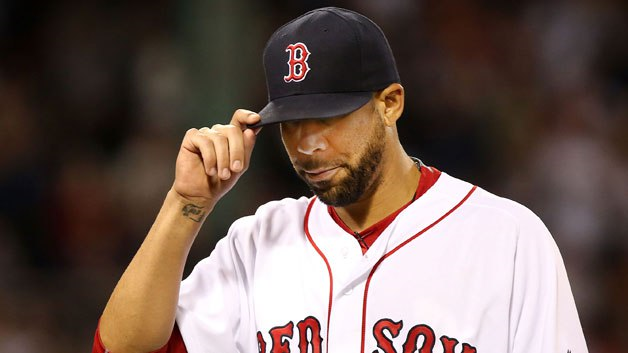 David Price’s struggles continued Saturday night as he gave up five earned runs on 11 hits in just five and two thirds against the Twins at Fenway.  He was let off the hook with a no-decision even though the Sox lost 11-9, dropping two out of three to one of the worst teams in baseball.

Price now has 4.51 ERA to go with his mediocre 9-7 record.  We’re in late July, and he has without a doubt been the third best pitcher in the Red Sox’ starting rotation in 2016.  Without the surprising performances of Rick Porcello and Steven Wright, the Sox would be under .500 right now and everyone would be pointing their finger at Price.

As a fan base, I think we’ve been extremely lenient with this guy so far.  We’ve given him more than enough time to get his shit together.  We excused his poor outings in the beginning of the season because he was getting bailed out by the Sox’ scorching offense.  Then he wasn’t getting as much run support and lost a few close games, and all of a sudden it was the offense’s fault for not helping him out.

What people seem to have forgotten is that there are certain requirements that a player is expected to fulfill when he signs a $217 million contract.  The biggest one is dominance.  You have to be dominant.  $217 million pitchers aren’t supposed to need run support.  When you sign a guy to a $217 million contract, you expect a nice complete game shutout every now and then.  At the very least, you’d like to feel confident that he’ll go out and pitch well enough to get the win.  Getting lit up by last place teams is completely out of the question when you’re giving a guy that type of money and counting on him to be your ace.

Not to mention Price’s body language is awful.  When guys are playing well you tend not to read into stuff like this, but when they’re struggling you start to put more stock into the way that they carry themselves.  As bad as his outings have been recently, David Price’s postgame interviews are even harder to watch.  Every night it’s the same thing.  He feels good, he’s just not making pitches.  He’s fine physically and mentally, he just needs to start hitting his spots and making pitches.  What the hell are you telling us?  This is what you pitch like when you feel good?  You mean there’s nothing wrong with you at all?  His comments are made even worse by his monotone voice, which just screams “I don’t give a shit”.  He even sounds like a giant waste of money.

After Saturday’s loss to the Twins, it’s officially time to admit that’s what he is.  Sure, he can still have a good August and September and maybe help us out in the playoffs.  But four months into the season, it’s time to stop waiting for David Price to earn his paycheck.  Just accept the fact that the Red Sox are paying a guy $31 million a year to be a number three starter.  Whether he’s hurt or he just doesn’t have it anymore or he can’t deal with the pressure of playing in Boston, there’s something off with this guy and he’s given us no reason to believe that he’ll turn things around.  Chalk this one up as a loss for Dave Dombrowski.