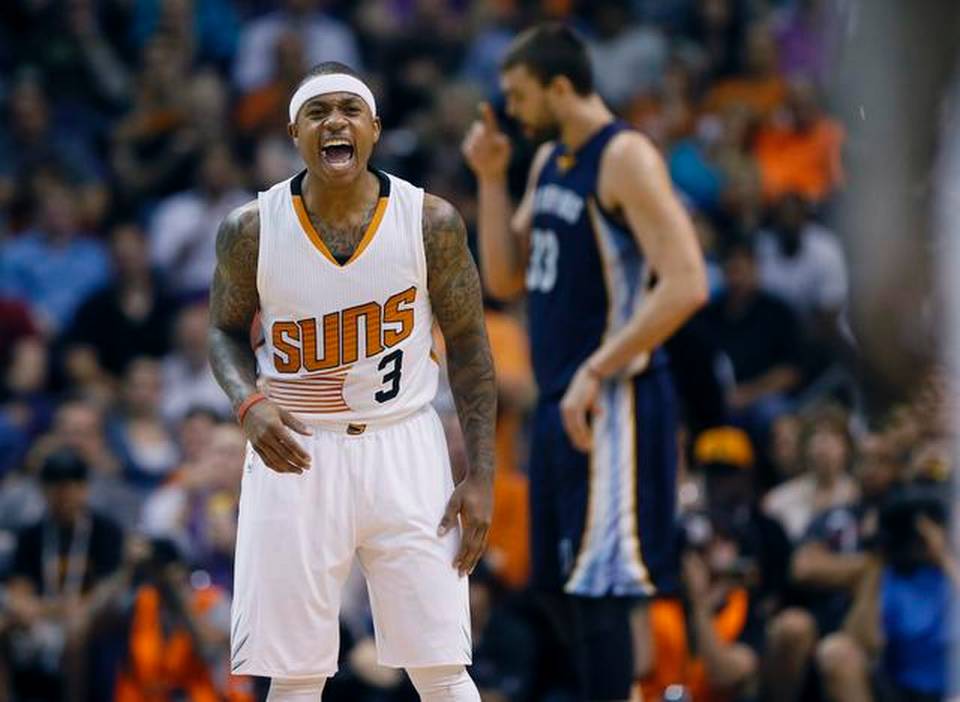 The Celtics waited until the last minute before the deadline to get a couple deals done yesterday, but at the end of the day they got better.  The C’s traded away their spark plug Marcus Thornton and Cleveland’s 2016 first-round pick to Phoenix for the new Isaiah Thomas.  Thomas, who averaged 20 points per game on 45% shooting for Sacramento last season, should be able to provide the Celtics with some consistent offense, which is something they have been lacking for the last couple years.

Thornton was a solid contributor this year and I enjoyed watching him come in and hit some big shots off the bench, but this was definitely an upgrade for the C’s.  Danny Ainge has had his eye on Thomas for a few years, and for good reason.  Last season, Isaiah was one of six players in the NBA to average 20 points and 6 assists.  The other five?  LeBron James, Stephen Curry, James Harden, Russell Westbrook, and Kyrie Irving.  Of course the 5’9″ Thomas won’t help with the Celtics’ biggest problem which is lack of size, but look for him to be the extra push that they need to assure that playoff basketball will be returning to Boston this year.  As a Celtics fan, that’s really all that should matter.

Boston’s other trade yesterday sent Tayshaun Prince back to Detroit where he previously played for ten seasons, including a banner year in 2004.  Not a huge loss for the C’s, although I liked Prince’s veteran presence that he brought in the month that he was here.  The Celtics acquired forwards Jonas Jerebko and Gigi Datome from the Pistons.