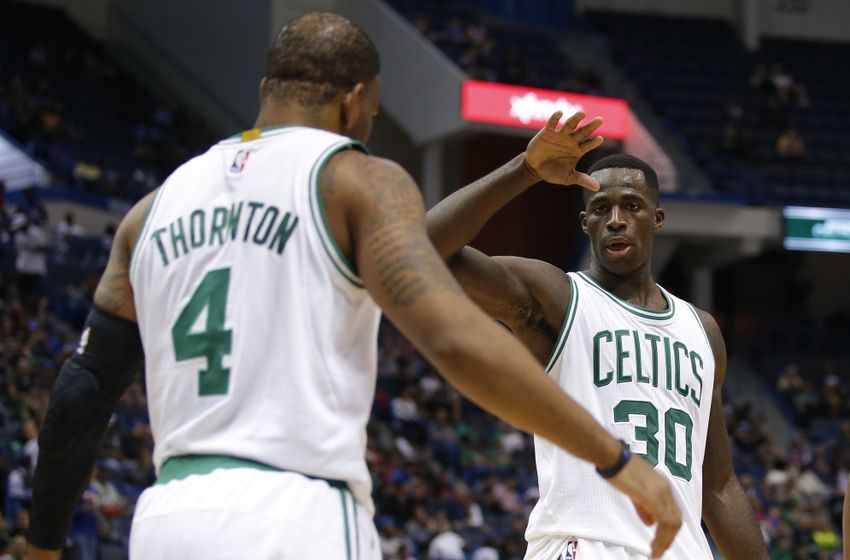 The C’s are 2-0 in the preseason after defeating the Knicks 106-86 on Wednesday in their second consecutive 20-point victory. Obviously the last thing anyone should be doing right now is getting their hopes up for this upcoming season because of a couple preseason blowout wins, but that doesn’t mean that these victories are meaningless. It’s certainly good to see the potential that some of these young Celtics possess.

Marcus Smart showed that aside from his lock down D, he also has the ability to put the ball in the basket. Smart was 4-8 from the field and was a solid contributor in every facet of the game, finishing with an impressive stat line of 11 points, 4 rebounds, 6 assists, and 2 steals.

Evan Turner wasn’t quite the force that he was in the first game, but still managed to finish with a respectable 9 points, 4 rebounds, and 4 assists.

I love what I’m seeing from Marcus Thornton thus far. He’s a spark plug who can provide instant offense off the bench and Stevens is clearly giving him the green light. Thornton dropped 14 points against Philly on Monday and 12 against the Knicks on Wednesday on 5-10 shooting.

Jared Sullinger was the best player on the floor for the C’s, as was often the case last season. Sully finished with 23 points in 23 minutes and was an outstanding 9-12 from the field, including a perfect 3-3 from three. He also added 5 rebounds and 2 assists.

I’ve stated since last year that I’m a supporter of Brad Stevens’ philosophy of spreading the floor by allowing his big men to shoot threes, but the fact that all three of Kelly Olynyk’s field goals came from three-point range is a bit bothersome. I love that Olynyk is a big man that can shoot, dribble, and pass like a guard, but in order to have a long career in the NBA as a 7-footer, you need to be able to bang around in the paint and have a few go-to post moves so you can also be an effective scorer down low. Kelly has yet to develop much of an inside game but with a player as skilled as him I expect that to change.

The most impressive part of this Celtics’ win was their shooting. The C’s shot over 50% for the game when you don’t include the scrubs that played in garbage time at the end of the third quarter. As is often the case, their great shooting was a result of good ball movement. It appears as though the Celtics strong suit right now (even without Rondo) is the guard position. The Celtics are insanely deep at guard with Bradley, Thornton, Smart, Young, and Pressey, all of whom are blessed with speed, hence why Brad is encouraging an uptempo, fast break style of offense. So far, it has resulted in a lot of open shots which the Celtics are managing to bury with consistency through the first two games of this young preseason.