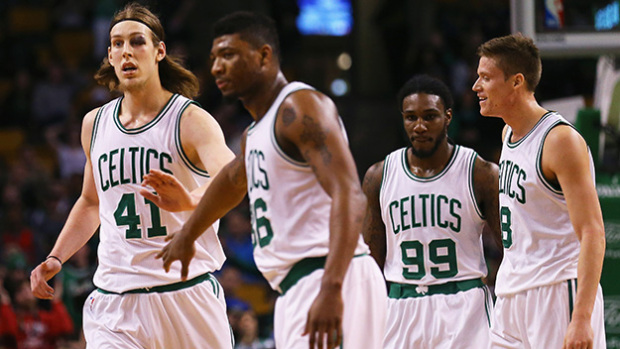 While watching the Cavs-Bulls game on Sunday night, it brought a smile to my face to hear Mike Breen, Mark Jackson, and Jeff Van Gundy actually take a couple minutes to talk about the surprising success of the Celtics this season, highlighted by the great coaching of Brad Stevens.  It was the first time since KG and Pierce were here that I actually felt they were getting respect from around the league and not just the fans in Boston.  Well that respect for Stevens’ young Celtics squad is taking a new turn tonight as they’ll get a chance to square up against the Pistons on the national stage for the first time since January of 2014.

From 2007-2013, it seemed like the C’s were on ESPN about once a week.  Unfortunately, that spot is reserved for good teams (unless you’re the Knicks or Lakers) so seeing the green on the Worldwide Leader in Sports has become a bit of a rarity.  I don’t have a problem with this because I’d prefer that the rest of the country only pays attention to us when we’re good so we don’t become an absolute laughing stock (like the Knicks or Lakers).  Fortunately, we’re officially good now.  The NBA has finally decided that this young Celtics team, which is surprisingly fighting for a playoff spot, is now entertaining enough to expose to basketball fans outside of New England.  This may not seem like a huge deal, but for a die-hard C’s fan there’s a sense of pride that comes with it.  For a team with absolutely no superstars to grab the attention of a league and a network that constantly rely on big name players to draw people in is pretty special.  Let’s go C’s!!