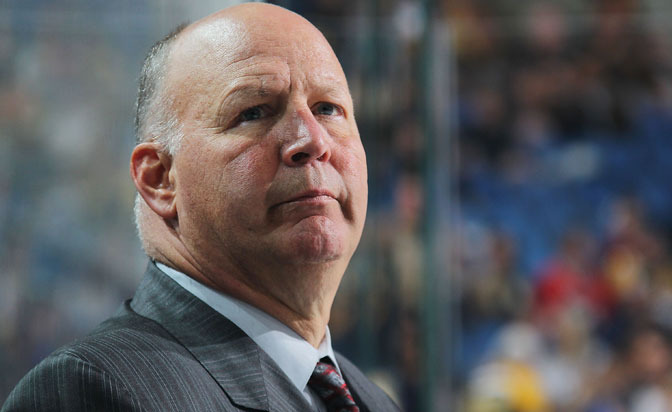 Nobody saw this one coming.  A week after being fired by the Bruins, Claude Julien has taken over as the head coach of their most hated rival, the Montreal Canadiens.

If this isn’t a “fuck you” move then I don’t know what is.  After spending 10 years in Boston, winning a Stanley Cup in 2011, and appearing in the Finals again in 2013, Claude has sent the message that he’s unhappy with the way things ended for him here.  His firing came after  the team missed the playoffs the last two years and showed nothing but more inconsistency this season.

Luckily for Claude, the first place Canadiens have been struggling as of late and decided to fire their head coach Michel Therrien on Tuesday.  Immediately following the decision, they brought in the 56 year-old former Jack Adams Award winner who we’ve become so accustomed to seeing behind the Bruins’ bench over the last decade.  Montreal’s GM Marc Bergevin said the following about the move:

“I would like to sincerely thank Michel for his relentless work with the Montreal Canadiens over his eight seasons behind the bench, including the last five seasons when we worked together,” Bergevin said in a release. “The decision to remove Michel from his coaching duties was a difficult one because I have lots of respect for him.”

This will be Claude Julien’s second stint in Montreal after coaching the club from 2003-2006.

The Habs began the year 13-1-1 but have gone just 18-18-7 since, although they still hold a slim lead atop the Atlantic division.  The Bruins had been struggling but are now 3-0 since firing Julien and allowing Bruce Cassidy to take over.  Their last win was a 4-0 thrashing of the Canadiens at TD Garden.

It looks like the greatest rivalry in hockey has been renewed.  Thanks Claude.