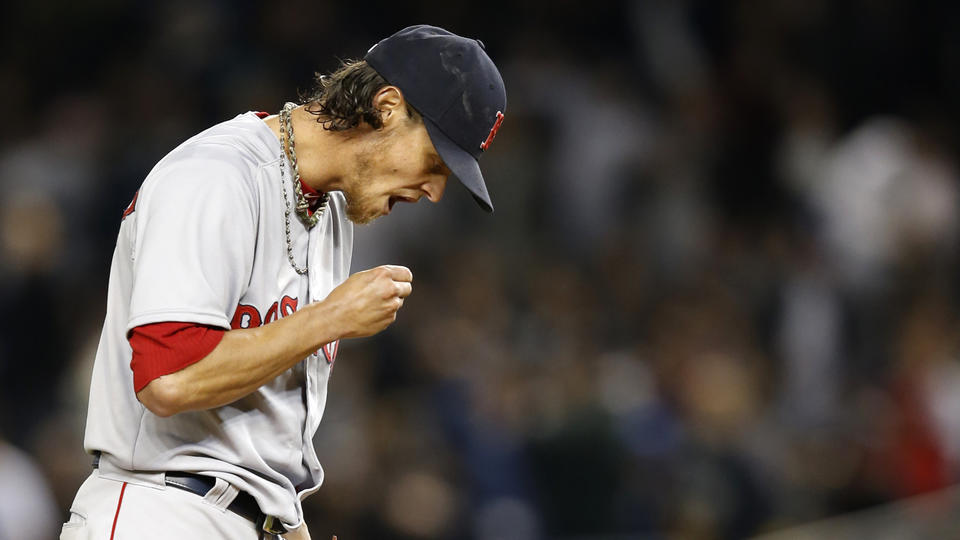 That didn’t take long.  After garnering enough praise from John Farrell to land a job as the number one starter, having enough confidence to walk into Spring Training dressed like Clint Eastwood in one of his old Westerns, and shutting out the Phillies in his first start, Clay Buchholz is back to being, well, Clay Buchholz.  The Sox’ extremely talented, extremely unpredictable, falsely proclaimed “ace” gave up seven runs in the first inning of last night’s game against the Yankees.  I won’t even go into the details of his outing because it was absolutely atrocious but I think we can now collectively agree that Clay didn’t magically transform himself into an elite pitcher after giving us almost a decade of inconsistency.

Sure, he pitched well in his first outing, but that doesn’t mean anything.  Clay Buchholz has had countless dominant starts over the course of his career and they’re often followed by shitty ones.  Since his rookie year in 2007, he’s only had one season in which he consistently produced great starts and pitched the way he’s capable of pitching while managing to stay healthy.  That was 2010, when he posted a 2.33 ERA and finished sixth in the Cy Young voting.  Since then, the only other flash of consistency that we’ve seen was 2013 when he started off the season 11-0 before disappearing because of some bogus injury, which leads me to my main point.  Everything that’s wrong with him is strictly mental.  He has the physical ability to be an ace but clearly something’s off about this guy.  I know people have called him soft in the past and 2013 certainly didn’t help his case, but this isn’t a matter of being soft.  This is a matter of not having the focus or desire to give everything you have every time you’re on the mound.  Clay Buchholz just doesn’t seem to care.  He and John Farrell might tell you he’s a number one starter and that he’s capable of winning 20 games but at this point it’s all white noise.  He might think he can win 20 games because he knows he has the stuff, but there’s something in his DNA that just won’t let him.  If that wasn’t already evident before this season then it should be after what happened last night.  So let’s officially put to rest any talk of Buchholz being an ace.  The ace of the Sox’ pitching staff is Joe Kelly, and you can quote me on that.