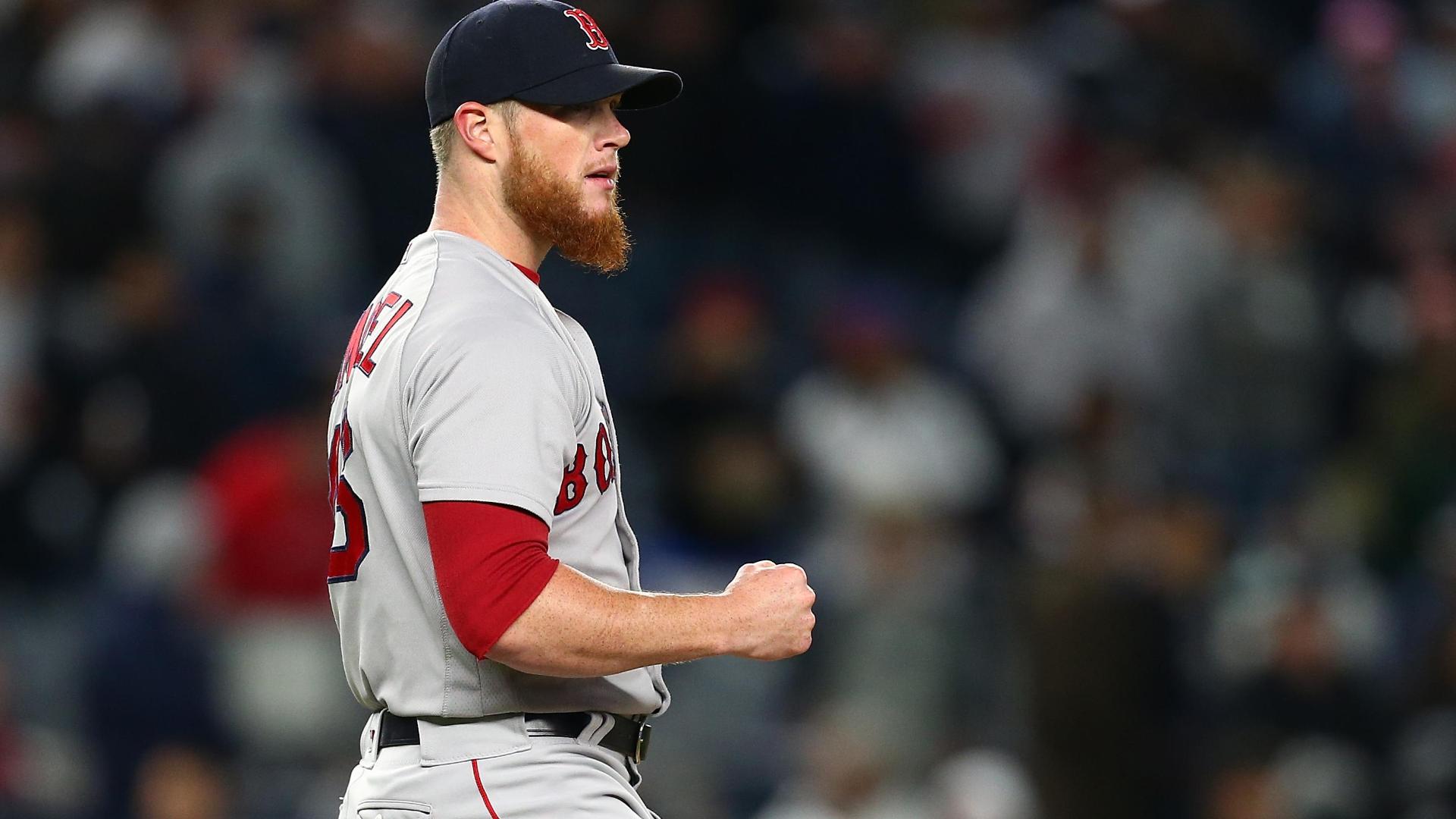 Craig Kimbrel wasn’t terrible in 2016, but he wasn’t the consistently dominant closer we thought we were getting when the Red Sox traded for him in.  He finished with the highest ERA (3.40) of his seven-year career and his lowest save total (31) since he became a closer in 2011.

In 2017, Craig Kimbrel hasn’t just reverted back to his All-Star ways that he displayed for five seasons with the Braves and one with the Padres.  Through the first two months, the 29 year-old has put together the most dominant stretch of his already impressive career.

Kimbrel’s ERA is currently at 1.01 and he leads the Majors with 17 saves, but those numbers alone don’t do him justice.  I know it’s only two months.  But this guy is on pace for one of the greatest seasons a closer has ever had.

Let’s start with the fact that he’s pitched 26 2/3 innings and has only allowed 8 hits.  Unheard of.  But if you think that’s impressive, consider that 53 of his 80 outs are strikeouts.  That’s almost two-thirds.  He’s K’d nearly 18 batters per 9 innings.

There’s dominant pitching, and then there’s striking out two out of every three batters you face.  That’s the type of shit that you don’t even think is possible until it happens.

Opponents are hitting .089 against Kimbrel this year.  On the rare occasion that they put a ball in fair territory, it’s highly unlikely that they’ll reach base.  They’re hitting .194 on balls in play.

Never mind putting the ball in play or getting on base, though.  If you’re facing Craig Kimbrel in 2017, there’s a good chance you won’t make contact at all.  22% of the pitches he’s thrown have been swing and misses.

The key to his improvement from last year certainly hasn’t been preserving his arm.  He’s already thrown more than one inning in 5 of his 25 appearances, which matches his 2016 total.

After a sluggish start, the Red Sox have won 11 of their last 15 games and are now just a game behind the Yankees for the AL East lead.  Not a bad position to be in, and the argument could be made that their closer has been their most valuable player thus far.