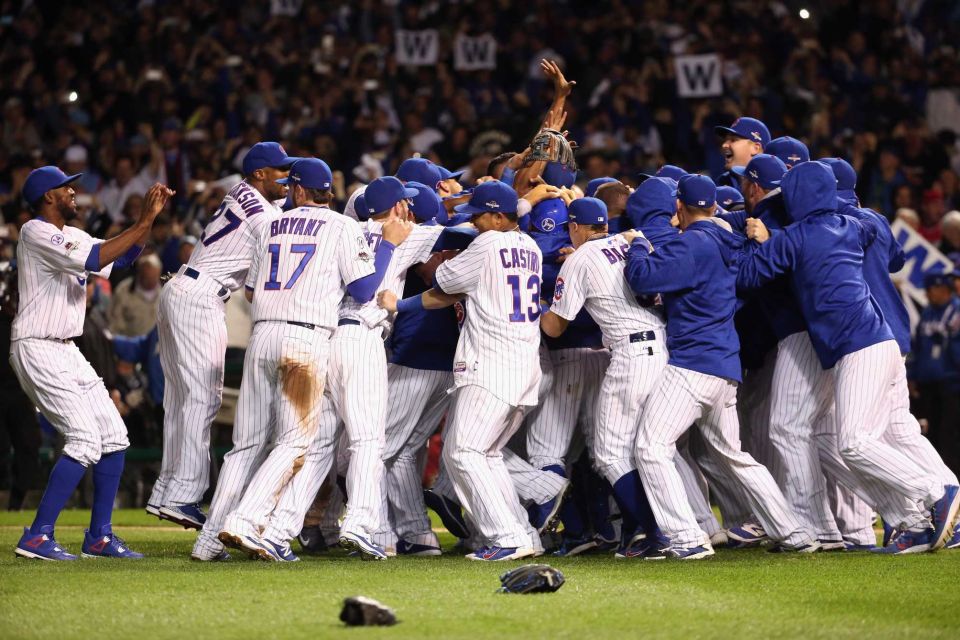 If your favorite team isn’t participating in October baseball this year then there’s no reason why you shouldn’t be rooting for the Cubs.  107 years is a hell of a long time.  When the Sox won in ’04 you heard about all of the people who had been waiting their entire lives to see that day come.  Well the Cubs have our drought beat by 22 years.  There is not a living Cubs fan who remembers the last time they won it all.  There is a small amount of Cubs fans who remember the last time they appeared in the World Series, which happened in 1945.  Last night was actually the first time in team history that they were able to clinch a playoff series in front of their home crowd, which is especially sad when you consider that they’re the oldest currently active professional sports club in the United States.

The entire city of Chicago went ballistic last night.  I’m talking grown men crying in the streets because they finally got to see their team win a division series.  Not a championship series, not the World Series, the NLDS.  As a sports fan, I can’t wait to see what the reaction will be like if they can grab a few more wins and end the curse.  No fan base deserves to suffer as long as they have, and for that reason I’m pulling for the Cubbies.