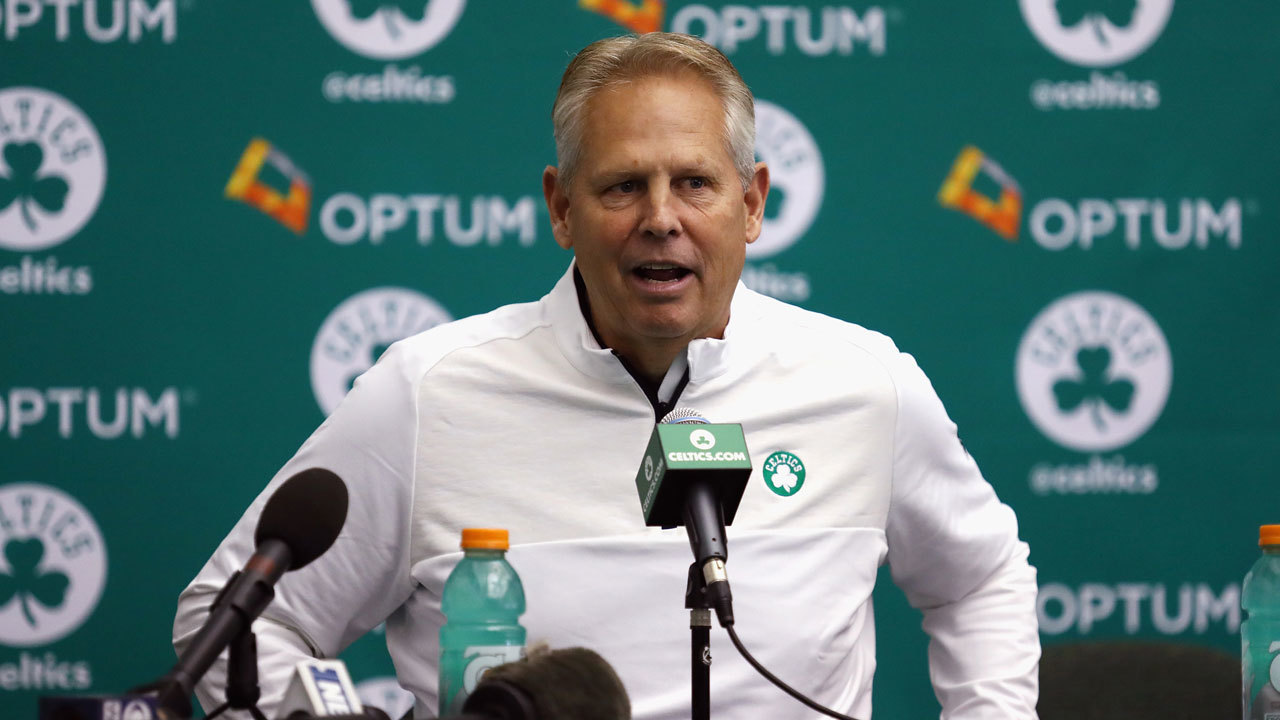 Danny Ainge is one of the best general managers in basketball.  That’s an indisputable fact at this point despite the criticism he’s received in the past.

There are so many NBA teams that struggle to make the postseason year-in and year-out.  As Celtics fans, it’s hard to understand how that’s even possible.  We’ve watched our team miss the playoffs three times in the last 16 seasons.

Following the Celtics’ game 5 loss to Cavaliers on Thursday night, Danny reflected on the 2016-17 campaign.  His assessment was 100% accurate:

“I feel like wins are deceiving sometimes. I think that the fact that we were one of three teams still left playing was something to be proud of, but it’s not necessarily where we really are.

“I think sometimes teams make false assumptions of their team based on things like that. I think that our team is not that much different than a lot of our competition in the East. I think we had a good year in spite of some injuries, you know, with [Al] Horford going down early and Isaiah [Thomas] missing a short time and Avery [Bradley] missing 22 games there in a stretch. We had to overcome some injuries, and it was good because our depth got a chance to play. Everybody on our roster got a chance to prove their worth.

“But I feel like it doesn’t really matter what we’ve accomplished. If we’d lost Game 7 against the Wizards, I don’t feel any different than if we’re where we are today. I know that we’re good. I know that we’re not great. I know that we still have more to do, and, you know, that next step is by far the hardest.”

This mentality is the reason why we’ve only had to suffer one bad season since the departure of Paul Pierce and Kevin Garnett.  Danny gets it.  He knows the amount of patience it takes to climb to the top of the NBA.

Trading Pierce, Garnett, and Jason Terry for Brooklyn’s entire future as well as hiring Brad Stevens, trading for Isaiah Thomas, and signing Al Horford have been Ainge’s best moves besides bringing aboard Ray Allen and Kevin Garnett in the summer of 2007.

The result has been an Eastern Conference Finals appearance followed by a number one draft pick just three years after the rebuilding process began.  But the fact that Danny isn’t anywhere close to satisfied just shows us that his head is in the right place.  It should be a fun summer.