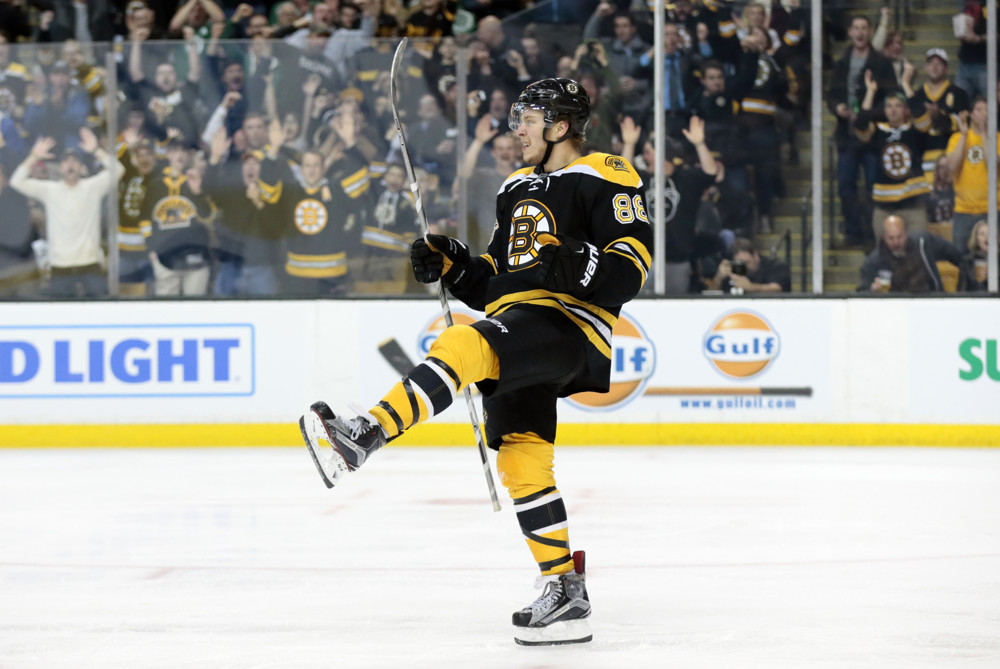 At just 20 years old, David Pastrnak was tied for the seventh most goals and the 13th most points in the NHL last season.

Pasta (as his adoring Boston fans call him) started his career as an 18 year-old in the 2014-15 season.  But last year was his first experience as an everyday player, appearing in 75 games.  His 70 points were second on the Bruins to Brad Marchand’s 85, leading the B’s to a 95-point finish in the Atlantic Division.

All he did was establish himself as one of the best young players in hockey and win over the hearts of Bruins fans with his perfect balance of aggression and joyfulness.

The reward for the now 21 year-old Czech Republic native was a six-year, $40 million contract which he inked last week.  As soon as he signed the deal, that joyfulness came out:

“I got dinner yesterday. Rice and chicken. Teriyaki. That’s the first thing I did,” said Pastrnak before flashing his chipped-tooth grin.

Pastrnak was in the Czech Republic over the summer and had no plans to return to Boston until a deal was agreed upon.  The waiting game wasn’t easy, but once again he proved to be wise beyond his years with the poise that he showed:

“Obviously it was a new experience. I can’t say I was nervous. I’m the kind of guy who was focusing on the season,” said Pastrnak, who flew in from home Friday. “Obviously it was a little bit harder when it turns to September and all the guys from Czech return to their towns and are getting ready for the seasons. I kind of stayed there by myself. It was a little bit tougher, but I can’t say I really got nervous. Obviously, I wanted to get it done and get here with the guys. But that’s how it works and sometimes you need to be patient.”

That patience paid off, and now Pasta is ready to take the next step and become a solidified star in the NHL while hopefully leading the Bruins back to the Stanley Cup Finals.  The B’s began their preseason last Monday and will face-off against the Nashville Predators at the Garden on October 5th to open the regular season.