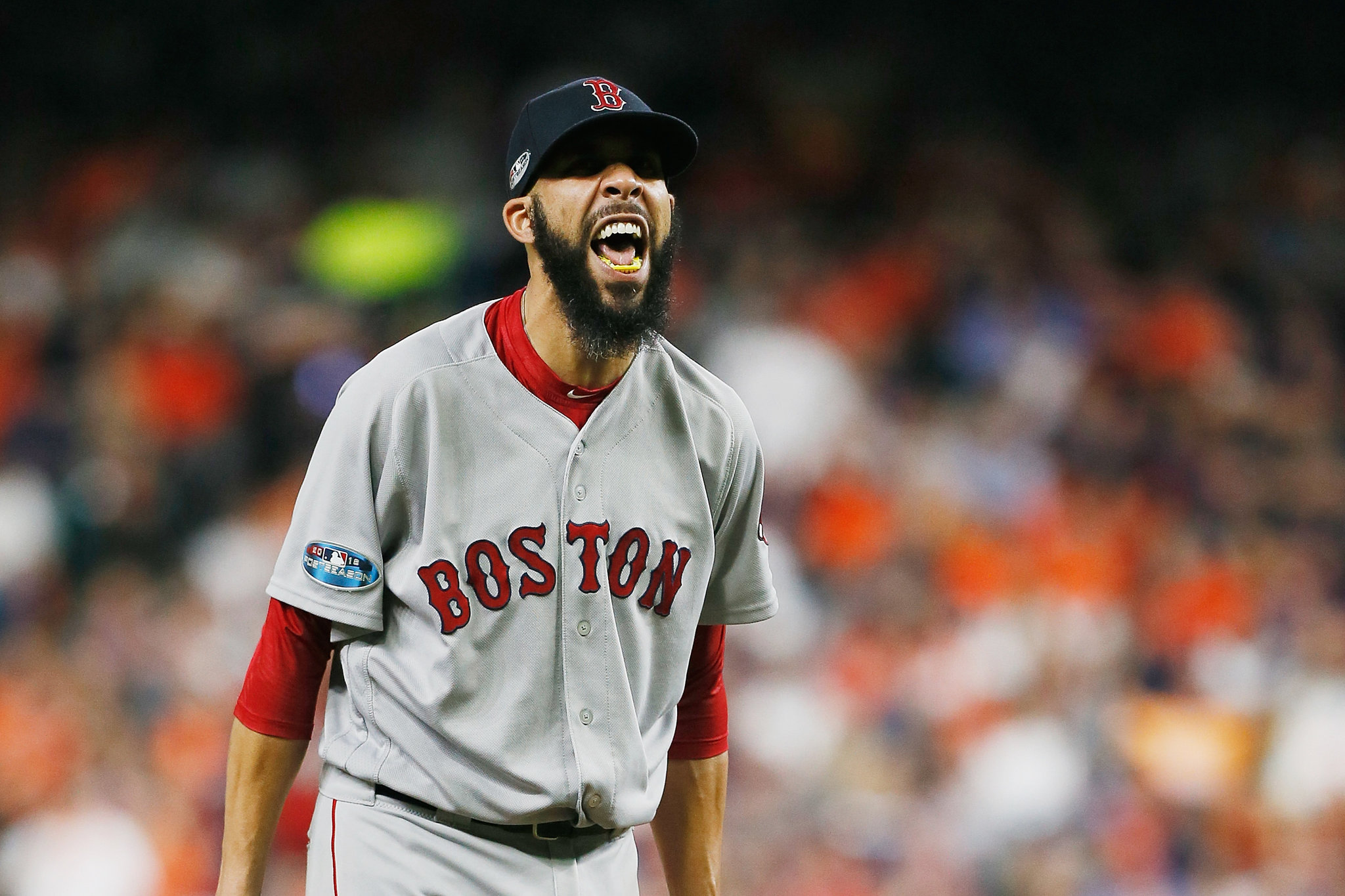 Given David Price’s well-documented track record as a postseason starter, there was no reason to believe he’d be the catalyst in helping the Red Sox clinch the American League Pennant in Houston in Game 5.  But for some reason, collective calmness was felt among Boston fans heading into Thursday night.

Maybe it was Price’s solid numbers against the Astros this season, excluding Game 2.  Maybe it was the cushion provided by a 3-1 series lead.  Maybe Price’s reaction to Andrew Benintendi’s game-winning catch in Game 4 followed by his insistence on starting the following night told us he’s finally started to buy into the idea that he’s fully capable of tossing a gem against the best hitters in the league on the biggest stage.

Whatever it was, there was no question that the $31 million/year lefty took the mound with a confidence level that we had yet to see from him in October.  Six innings, three hits, no earned runs.  He left with a 4-0 lead and eventually earned his first career postseason win as a starting pitcher, lifting a burden that he’s been carrying for a decade.

The Sox topped the Astros 4-1.  Price’s run support came from J.D. Martinez’s solo homer in the third and Rafael Devers’ three-run shot in the sixth:

To make the win even more satisfying, Bostons newest villain Alex Bregman was robbed by Mookie Betts and struck out by Nathan Eovaldi, the guy he mocked on Instagram a few days ago:

Jackie Bradley Jr. was named series MVP after racking up nine RBI’s in games 2, 3, and 4.

As it turns out, those 108 wins were not a fluke.  The Boston Red Sox are heading to the World Series for the fourth time in fourteen years.  If they win it, they’re the greatest team in franchise history.  Game 1 on Tuesday.