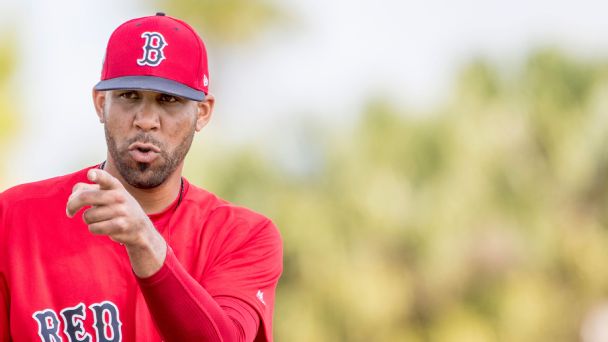 Red Sox fans were in a bit of a panic on Thursday when it was announced that David Price would need a second opinion on his left forearm and elbow from Dr. James Andrews.

On Friday, we collectively exhaled when we were informed that Price wouldn’t need surgery.  According to Dr. Andrews, 7-10 days of rest would be enough for the lefty to recover.

Now, David Price wants us to completely disregard that message:

Despite not knowing exactly when he’ll be back, Price seems relatively confident that he’ll be able to recover without any issues, noting that the extended Spring Training should work in his favor:

“I’m not going to put a timetable on it,” Price said Saturday. “If it doesn’t get better in a certain time period, it’s something we’re going to have to talk about again. I don’t think it will get to that point. We have a longer spring training this year (because of the World Baseball Classic). It kind of works in our favor. I’m very confident I’ll be back out there.”

Whether or not Price pitches in a Spring Training and whether or not he’s even ready for Opening Day remains to be seen.  But, as Dave Dombrowski stated, that’s not the main concern at the moment:

Price had a bit of an off-year in 2016 by his standards.  The former AL Cy Young winner went 17-9 with a 3.99 ERA in a Major League leading 35 starts before allowing 5 earned runs in 3.1 innings in the playoffs.  Considering he penned a 7-year, $217 million contract last off-season, an injury-ridden 2017 would automatically label Price as a bad signing.  Hopefully he can get back to full strength as soon as possible.