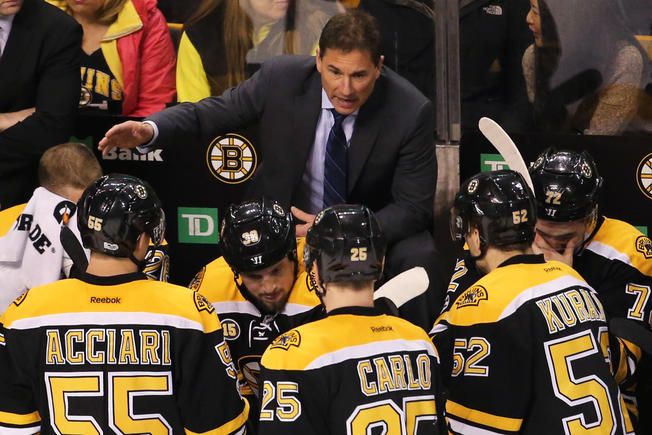 The Bruins were sitting at 26-23-6 on February 7th, the day of the Patriots’ Super Bowl Victory Parade.  For those who don’t remember, that was also the day that the Bruins decided to announce the firing of Claude Julien.

The end of the 10-year Claude Era meant that assistant coach and former Providence Bruins head coach Bruce Cassidy would take over in the interim.

The B’s responded immediately with their first four-game winning streak of the season and proceeded to go 12-3-0 in their first 15 games with Cassidy behind the bench.  After dropping their next four to fall out of a playoff spot, they showed a resiliency that we haven’t seen from them in years by responding with six wins in a row to clinch a postseason berth for the first time since 2014.

Coming into the playoffs, the Bruins had 25/1 odds to win it all according to My Top Sportsbooks.  Nobody was expecting them to be raising the cup in June.  And considering their 0-3-1 regular season record against the Senators, their first-round opponent, there wasn’t much expectation for any postseason success.

Stealing Game 1 in Ottawa and ultimately pushing the series to six games was by no means a disappointing end to what was a surprisingly satisfying season for the black and gold.  In early February it looked like they were heading for their fourth straight year of underachievement, and by playoff time they were a competitive team.

The B’s recently rewarded Bruce Cassidy for his hand in turning the team around by removing the interim tag and naming him their next head coach.  Starting with a clean slate, a team full of young talent (Charlie McAvoy, David Pastrnak, Brandon Carlo), and a head coach who has shown that he knows how to work with them, the sky is the limit for this team in 2017-18.