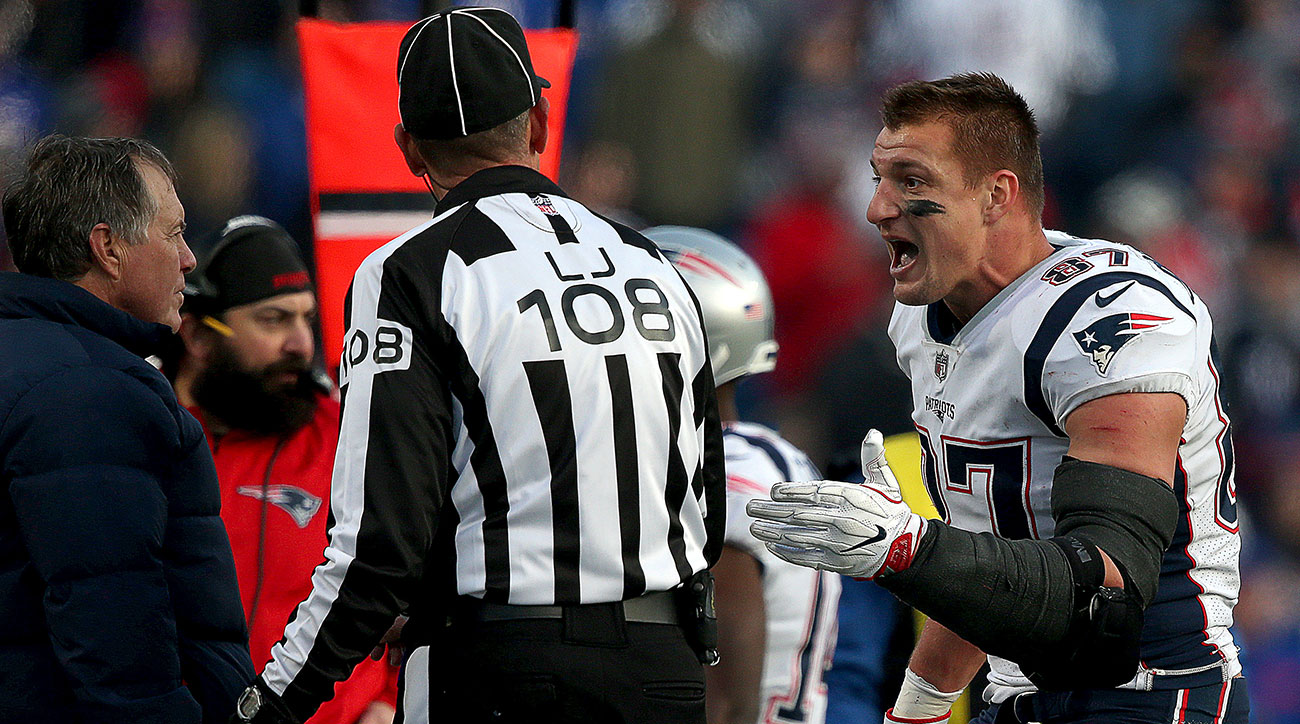 It was announced Monday that Rob Gronkowski will receive a one-game suspension for his late hit on the Bills’ Tre’Davious White during Sunday’s win in Buffalo.

A reasonable penalty considering the circumstances.  Gronk was in the wrong, and he’ll be the first one to tell you that.  After the game, he issued an apology to White:

“I’m not in the business of that. It was a lot of frustration,” Gronkowski said. “I just want to apologize to Tre’Davious White. I don’t really believe in those type of shots.”

The brief outburst was certainly out of character for Gronk, who has managed to contain himself for the most part throughout his seven-year career despite refs constantly allowing defensive players to try to contain him by grabbing onto him and holding his jersey.  As he also added in his post game interview, there was a lot of frustration that led to what was admittedly a cheap shot:

“At the top of the route,” Gronkowski said. “It felt like it was a big hole at the top and then the throw was definitely — I mean, I felt like he kind of pushed me a little bit and made the play and I just don’t understand why there wasn’t a flag. It was a couple of times in the game, and they’re calling me for the craziest stuff ever — and it is crazy. Like, what am I supposed to do? And then they don’t call that. It was just frustration and that is what happened.”

It was dirty.  No question about that.  Bill Belichick apologized to Bills’ head coach Sean McDermott after the game, saying Gronk’s actions were “bullshit”.  But we all know where the frustration stems from.  He’s been getting held while for years while trying to run routes and refs choose to turn a blind eye.  His anger was justified, the way he expressed it was uncalled for.