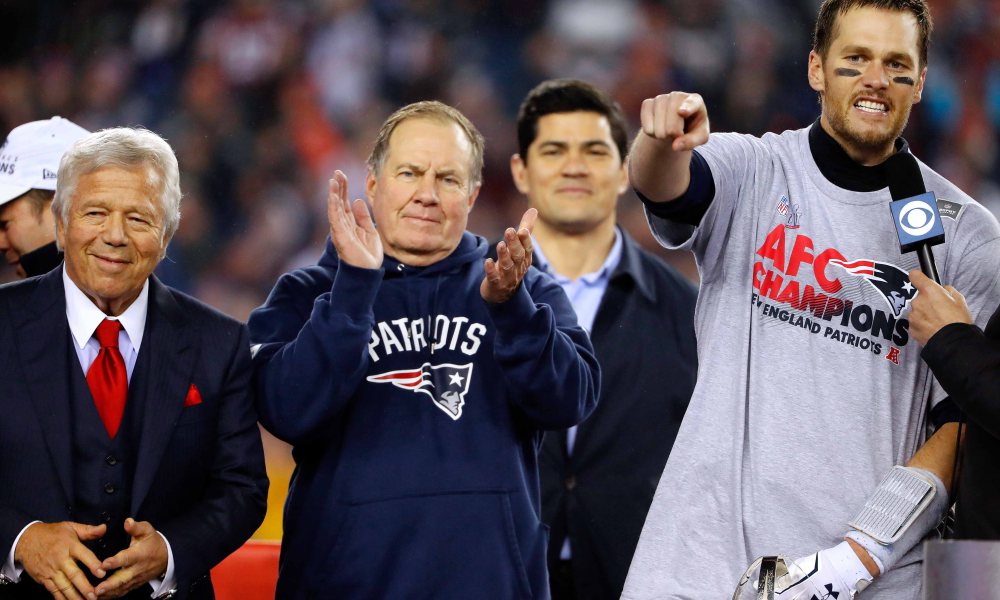 Multiple sources say that ESPN is prepared to publish an article on Friday at 8 am that will detail an alleged “rift” between Tom Brady, Bill Belichick, and Robert Kraft.

It will discuss Brady repeatedly meeting with Kraft to talk about playing into his mid-40’s, which would mean Jimmy Garappolo had to go.  Kraft eventually gave Belichick a mandate to trade Garappolo.  Belichick was furious, Brady was happy.

There’s been speculation before that Brady and Belichick don’t always see eye-to-eye and that Belichick would like to eventually win a Super Bowl without Brady to strengthen his legacy.  Having Jimmy G would have given him a good chance to do that, but Brady plans on sticking around another five years until Garappolo is 31.  No disrespect to the greatest of all-time, but being a starting quarterback in the NFL until 45 sounds like a reach and I’m sure Belichick feels the same way.

Of course there’s always the theory that the Patriots could use this as bulletin board material in the playoffs.  The only difference is that their bulletin board material doesn’t usually come from within the organization.  I’m not saying it affects their chances this season.  It doesn’t.  There’s a strong possibility that they’ll still win the Super Bowl.  What happens after that appears to be uncertain.

We’ll have more on this once the ESPN article is released.