During game 6 of the NBA Finals Thursday night, Tom Brady took to Facebook to let the world know that he was watching the game with his new highly criticized Steph Curry’s on: 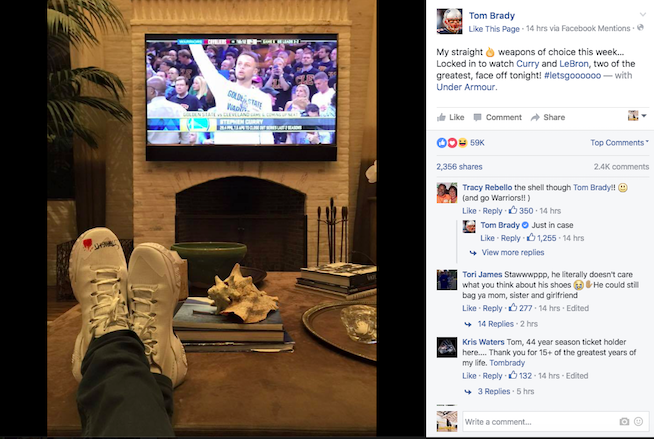 Unfortunately ESPN almost ruined a good moment when their NBA page had to barge in and comment on the photo, sarcastically saying “Oh hey Tom, thanks for watching with us.”  I say sarcastically because ESPN would have to be pretty stupid to not realize by now that Tom fucking hates them.  Plus they’re well-aware of all the bullshit lies they’ve told about him over the last couple year.  They knew exactly what they were doing here: 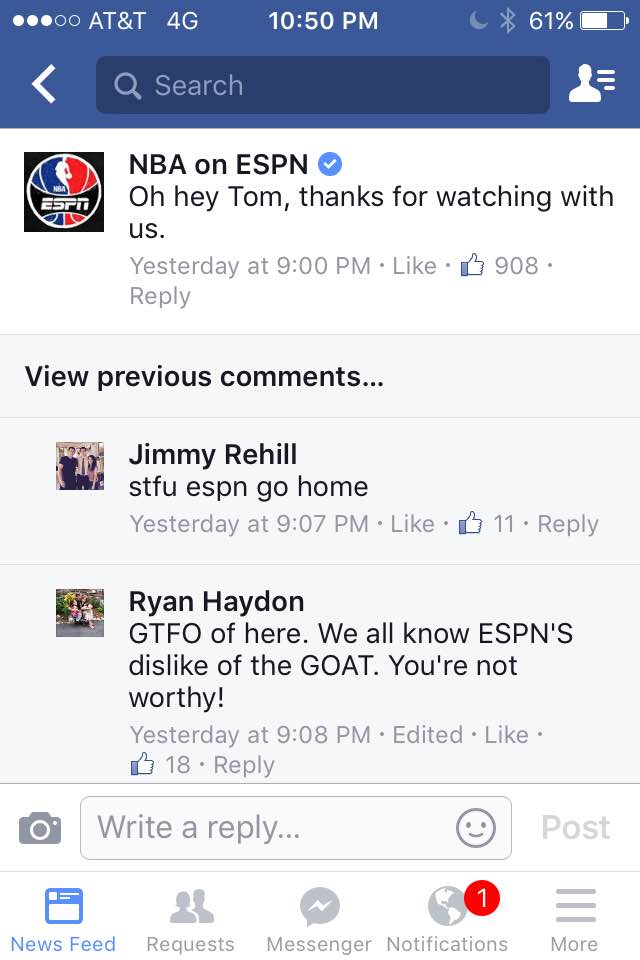 Not surprisingly, Tom didn’t reply to their comment.  Pats Nation responded for him, and here’s what they had to say: 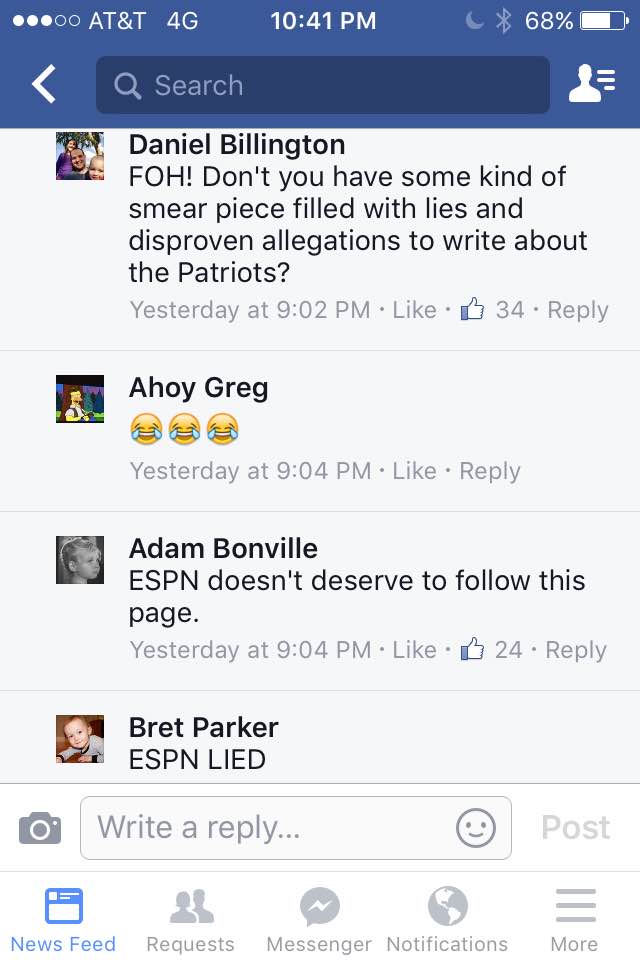 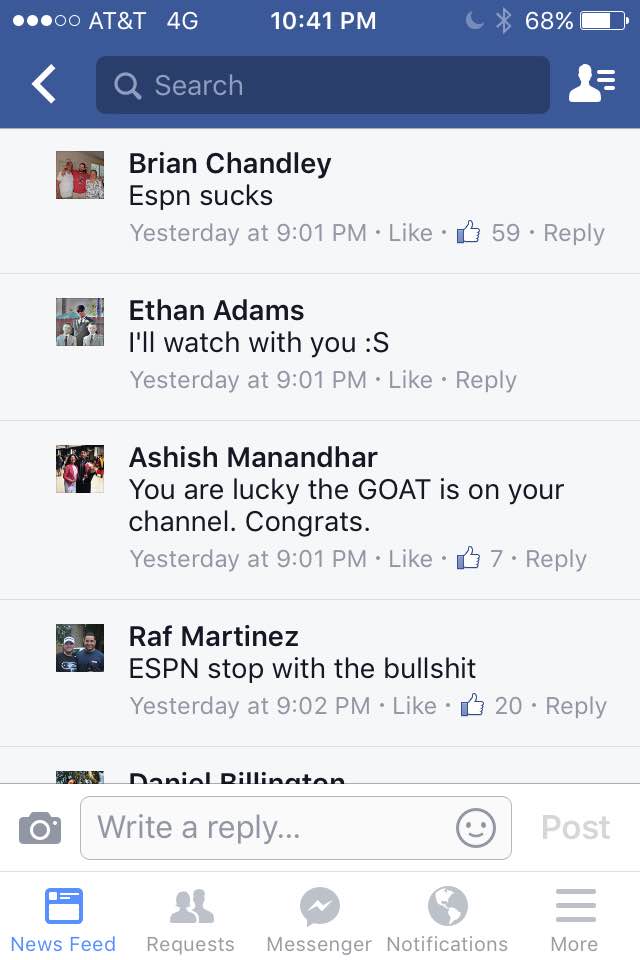 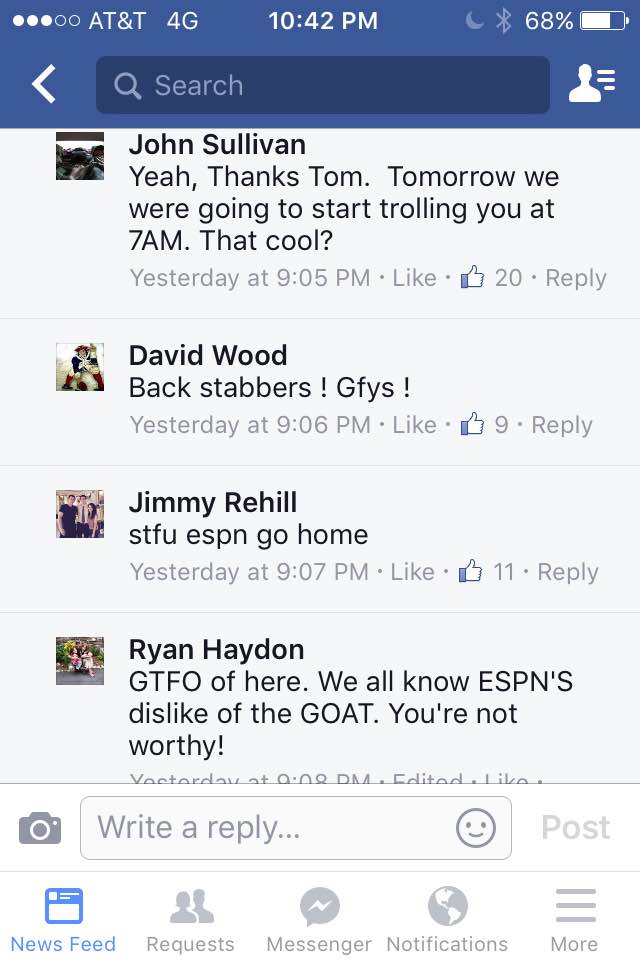 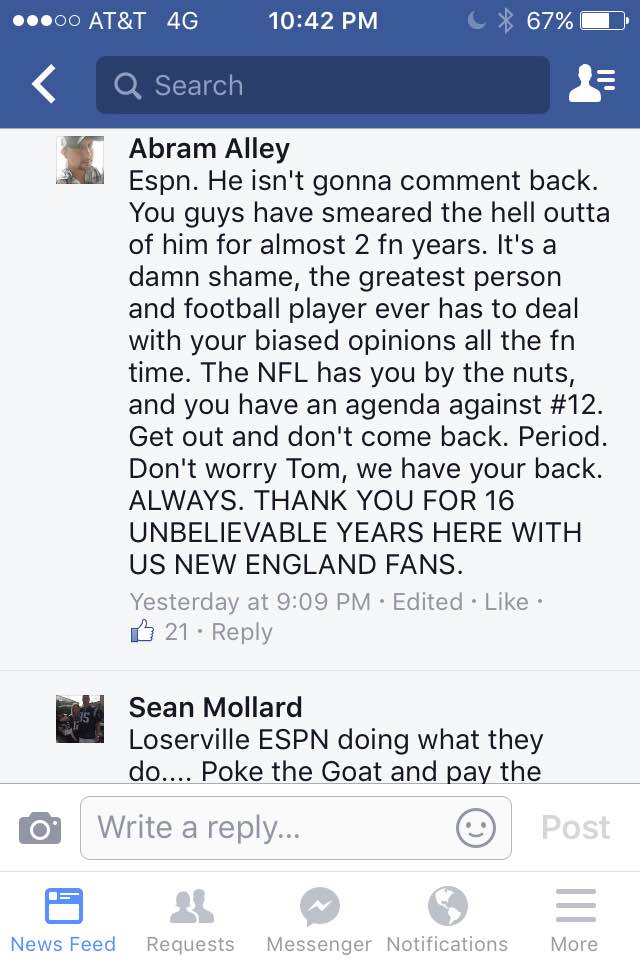 Don’t worry Tommy Boy, we’ve got your back.