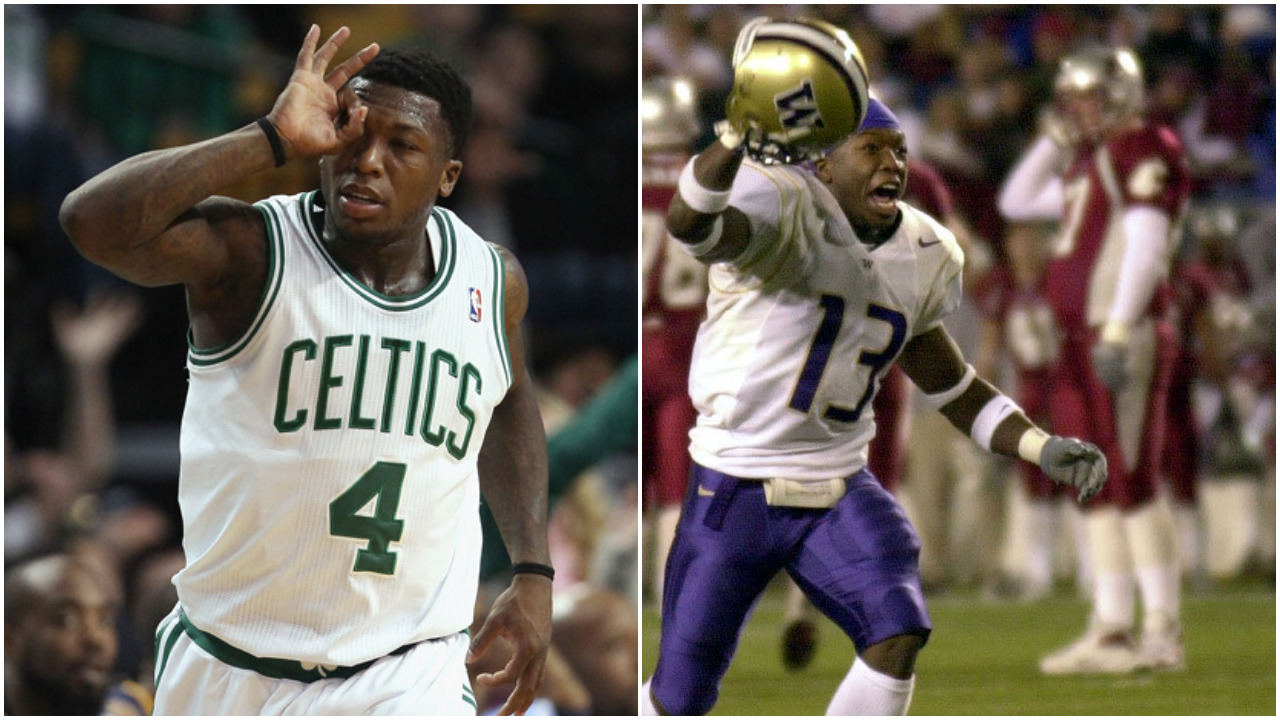 Former Celtics guard Nate Robinson, whose NBA career has been stagnant the last couple years, announced back in March that he was interested in pursuing a career in the NFL.

The 32 year-old former University of Washington cornerback put his words into action on Monday when he participated in a tryout for the Seattle Seahawks.  According to Seattle coach Pete Carroll, Robinson wasn’t too shabby:

Sounds like he was pretty impressive for a guy who hasn’t played a down of football since his freshman year of college in 2002, when he had two interceptions in 13 games for the Huskies.

Whether or not the Seahawks sign Robinson remains to be seen, but their coach Pete Carroll isn’t ruling anything out:

“I think it’s all but impossible,” Carroll said, according to ESPN. “It’s as hard as you could possibly get. He’s 32 as well. I don’t know if anybody could do it. But if anybody could, it might be Nate. He’s that versatile an athlete and that great a competitor.”

Apparently the Patriots have also reached out to the 5’9″ three-time dunk champion, although it’s unclear whether or not there will be any further communication:

“I’ve heard from a couple of scouts,” Robinson told ESPN. “I talked to a scout from the Seahawks about the possibility of working out. Calls from a couple of other teams — the Patriots, I know a guy from the Cardinals. So just trying to get my name out to see if I can get a workout. We’re definitely going to try to do that once I get back home.”

Nate spent 11 years in the NBA, playing for eight different teams.  He’s the only to player to win three Slam Dunk Contests and he played a big role in the Celtics’ 2010 Finals run.

Out of all his great accomplishments, making an NFL roster at age 32 without any experience in the last 14 years would be his most impressive feat thus far.  If he were to pull it off, Robinson would be the first person ever to play in both the NBA and the NFL.