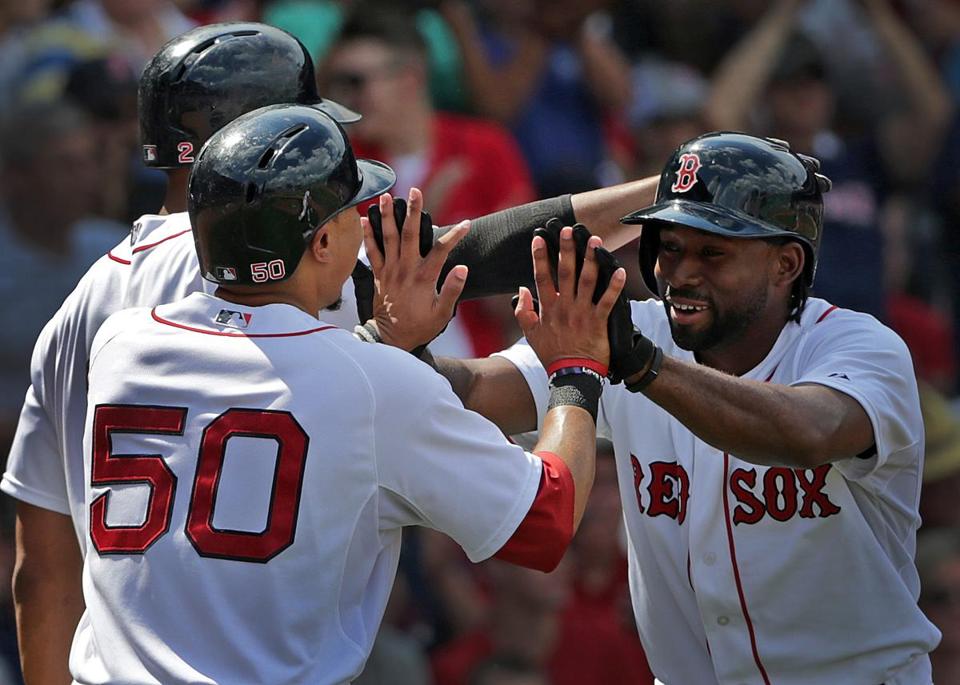 According to FanGraphs’ latest projections, your hometown Boston Red Sox will be making another leap from worst to first this year.

They have determined that the Sox will sit on top of the American League with a 92-70 record in 2016, the second best in baseball behind the Chicago Cubs (95-67).

Of course they’re banking on the additions of David Price and Craig Kimbrel to lead the turnaround as well as the continuous development of some of the young guys who started to come into their own last year (JBJ, Mookie, E-Rod).

Best team in the AL might be a bit of a stretch, but I do believe that the Sox are a couple small pieces away from contending for a title in Papi’s final season.  There’s still time for trades and signings so anything can happen at this point.

So while FanGraphs isn’t necessarily wrong, I’d say that if you’re going to jump on the “Red Sox 2016 World Series contenders” bandwagon then take it from someone who knows what they’re talking about rather than a website who has some specific mathematical formula to determine who will win the most baseball games.  Sports don’t work like that.