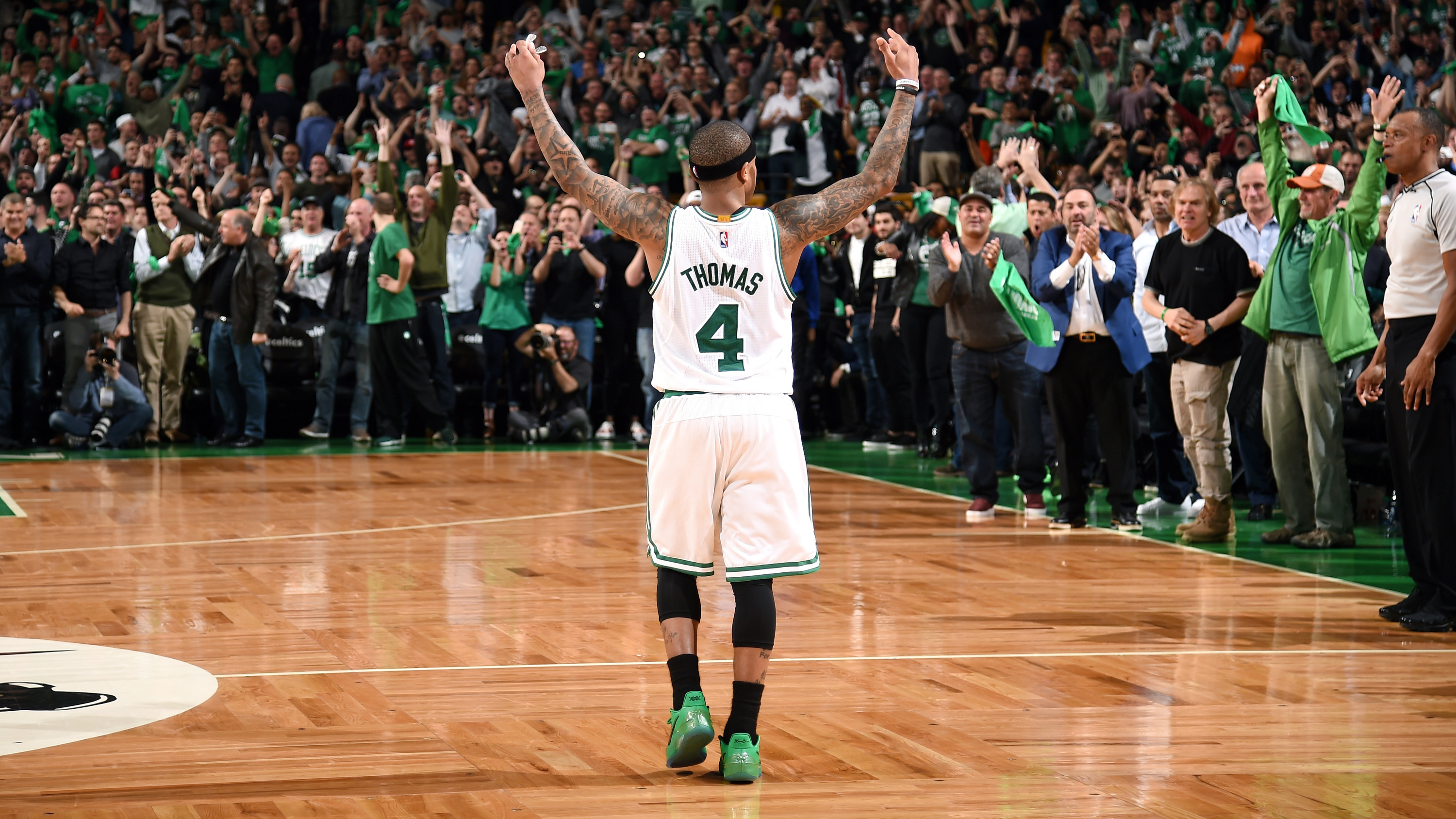 It feels like it’s been two weeks since the last time the Celtics played, mainly because I’ve erased those last two games from my memory.  I’m just going to pretend they never happened and hope that home court advantage carries us to the Eastern Conference Finals.

Common sense says that if the Celtics lose Game 5 at home on Wednesday night, their season is over.  For whatever reason, they’re completely incapable of winning at Washington.  Verizon Center isn’t exactly one of the louder arenas in the NBA but those weren’t just losses.  They were thrashings.

That’s because there was a lot more behind those Wizards wins than crowd noise.  After his 53-point performance in Game 2, they finally figured out how to slow down Isaiah Thomas.

Earlier this season, IT set a Celtics record with 43 consecutive 20-point games.  Seeing him score less than 20 this year was a rarity.  In Game 3 he was held to 13 points, in Game 4 he was held to 19.  It sucks that we need this guy to have a superstar performance in order to even be in the game, but the lack of a secondary scorer was overwhelmingly evident in DC.

Thomas knows that he’ll have to shoulder the scoring load in a must-win Game 5 on Wednesday night, acknowledging that this is the biggest game of his life:

Isaiah Thomas: "I'm treating [Game 5] as the most important game I've ever played. Hopefully everybody else is treating it that way too."

As he said, all we can do is hope that everyone else has the same mindset.  We know IT will come to play, but who’s going to be the other guy to take initiative and attack the basket and make big shots?  With this team, you never really know.  Gerald Green has had his moments, so has Terry Rozier.  A lot of pressure will be on Brad Stevens to determine who he’ll rely on when Thomas is out of the game or if he’s struggling.  I’m sure Brad is treating this like the biggest game of his life as well.

There are certainly a lot of adjustments to be made on both ends of the floor, making this match-up all the more intriguing.  How will the C’s bounce back after getting punched in the gut twice last weekend?

I don’t envision a scenario where they get blown out at the Garden the way they did on the road.  I’d love to see a blowout the other way, but something tells me this one will be a bar fight.  Celtics by 7.