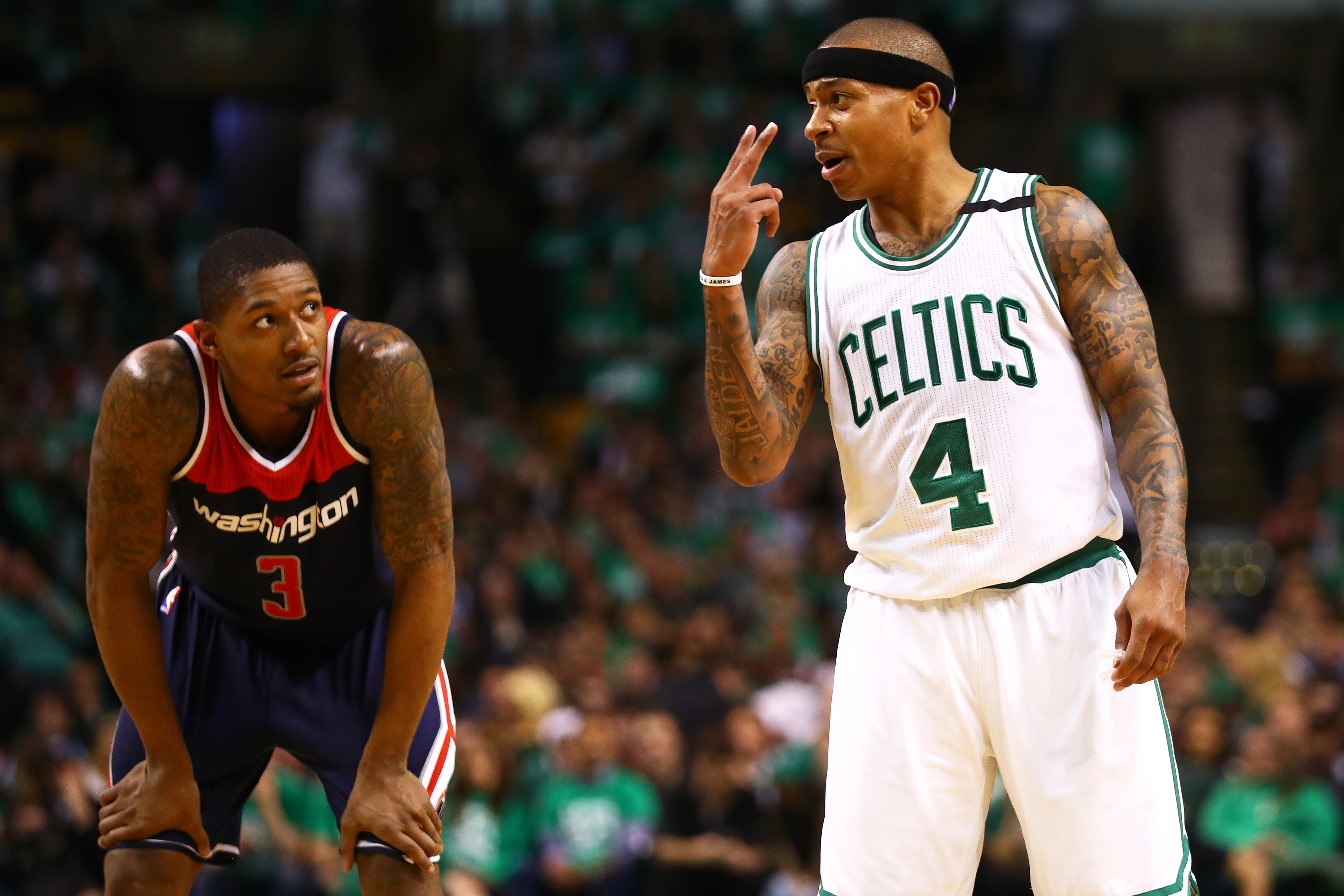 It’s hard to believe it’s been five years since the Celtics played in a Game 7.  It was the 2012 Eastern Conference Finals in Miami, where the aging Big 3 ran out of gas after being royally screwed by the refs for the first six games.

Bad officiating can always be a factor, but luckily we have home court advantage this time and we don’t have to deal with LeBron James.  (That comes later.. hopefully.)  We also have a young team, so fatigue isn’t a factor.

And there’s this: The last time the Washington Wizards won a game at TD Garden was on April 16th, 2014.  That was 1,125 days ago.  It was the season finale of a forgettable year in which the Celtics finished 25-57.  Isaiah Thomas had just played his last game with the Sacramento Kings and wasn’t even a Phoenix Sun yet.

Since IT came aboard, the C’s have owned the Wizards in Boston.  They’ve won eight straight and will look to make it nine with a trip to the Eastern Conference Finals on the line Monday night.

Washington has been resilient throughout this series, but that home win-streak coming to an end in the first game 7 of Isaiah Thomas’ career is just unfathomable.  The Garden will be way too electric and the Celtics will be way too determined for the Wiz to have a chance.

I said Celtics in 7 before the series began and I’m sticking with my prediction.  I think the Wizards will keep it close until Boston runs away with it in the fourth quarter.