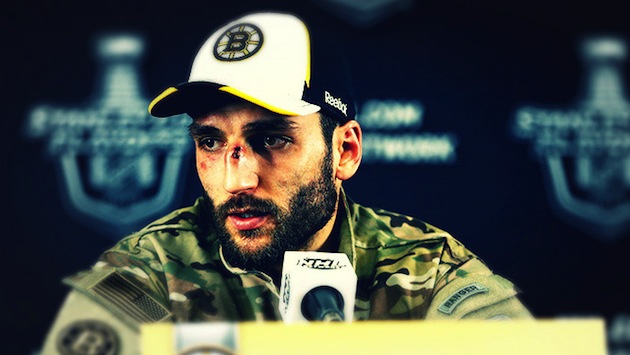 Just in case the Bruins playing in their first postseason game in three years wasn’t enough to get you excited for Wednesday night, Patrice Bergeron decided he would drop a goosebump-inducing article on the Players’ Tribune.

In a long, thoughtful essay, the 31 year-old veteran reflects on his 13-year career in Boston.  From coming into the league as an 18 year-old kid in 2003 who barely knew any English, to learning the ropes from guys like Martin Lapointe and later Mark Recchi, who would eventually inspire Bergy to play in the 2013 Stanley Cup Finals with a cracked rib and torn cartilage.

He ends by talking about the present as the B’s get set to play in their first playoff series since 2014.  Despite their lack of success against Ottawa this year, he appears to be as confident as ever heading into the postseason.

If you thought you appreciated Bergy before, be sure to read this ahead of Game 1 on Wednesday:

“Back Where We Belong” – Patrice Bergeron