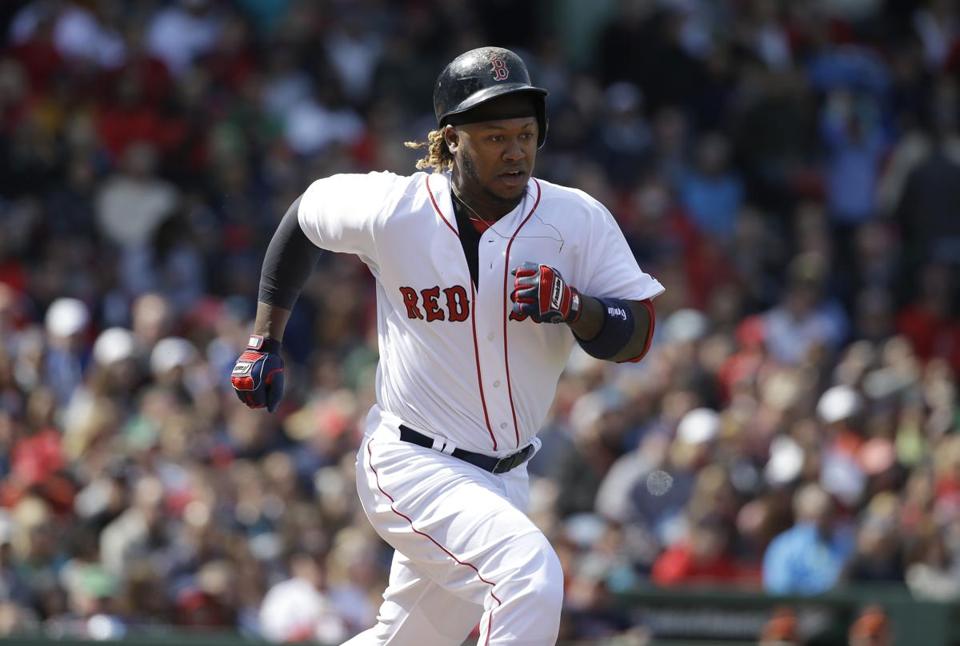 After previously losing four out of five, the Red Sox bounced back on Saturday afternoon with a 6-2 win over the Mariners at Fenway.

Rick Porcello ended the recent streak of bad starting pitching by allowing just two earned runs in six innings.  At 8-2, Porcello is now tied for the third most wins in the American League.  His 3.76 ERA is good for 18th best.

The Sox’ bullpen finished the job with Junichi Tazawa in the seventh, Koji Uehara in the eighth, and Craig Kimbrel in the ninth.

Vazquez, who has been terrible at the plate this year despite being phenomenal behind it, has been working hard with hitting coach Chili Davis to improve his swing.  John Farrell also admitted that part of the reason he went with Sandy Leon over Vazquez on Friday was so that Christian could get in some extra batting practice.

Hanley Ramirez has also been slumping lately, so it was good to see him making a contribution offensively.

Despite his inconsistent hitting this year, Hanley has surprised us with his solid play at first base.  Another surprising element of his game has been his aggressive base-running, and it was on full display in Saturday’s win.  Ramirez scored the Red Sox’ sixth and final run in the eighth inning when he completely ignored a stop sign from third base coach Brian Butterfield.  He slid into home plate just ahead of the throw and immediately got up to share his excitement with the roaring Fenway crowd:

Because I wanted to see this again: Hanley Ramirez stretching the #RedSox lead to 6-2 pic.twitter.com/5Xtl24II31

"Butter's holding him! Haha Butter does not exist in the mind of @HanleyRamirez!" – @Jerry_Remy ???? #RedSox pic.twitter.com/YL6idPH8Dl

It’s hard to believe that we were questioning this guy’s passion just a few months ago. Seems to me like he cares about winning.