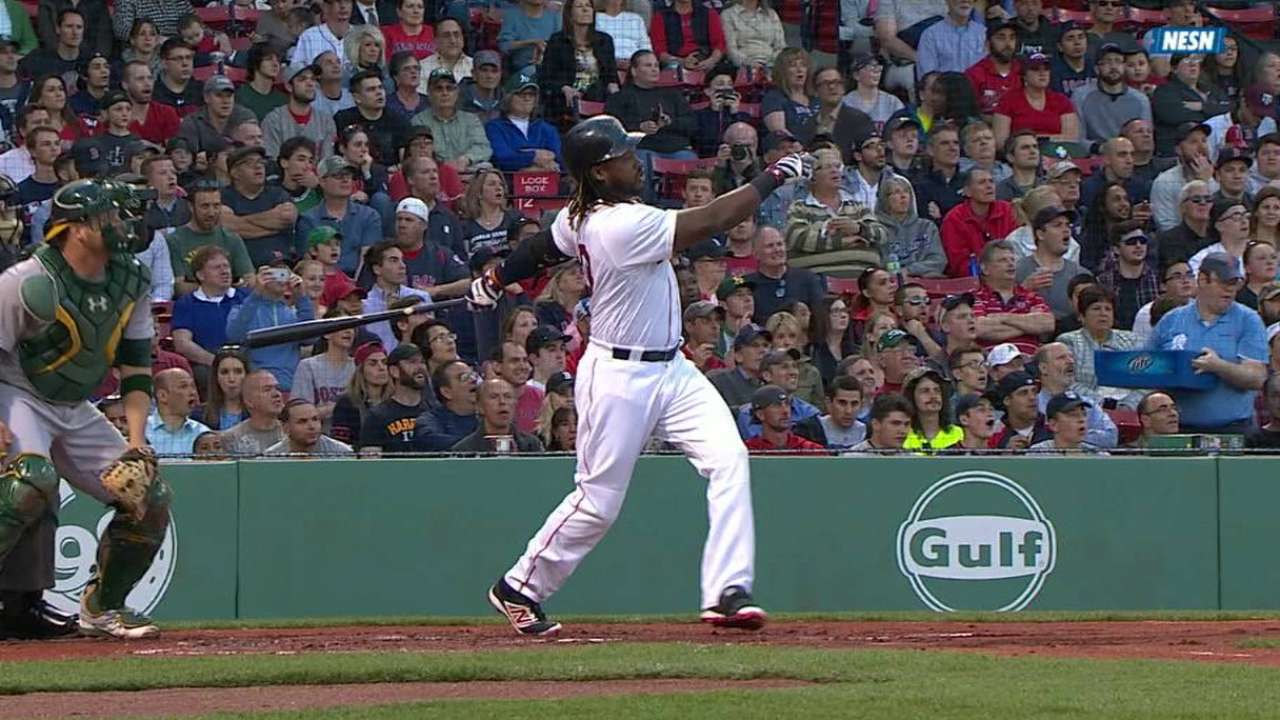 The Red Sox once again put a hurting on Athletics’ pitching Tuesday night.  They tagged Oakland’s starter Sean Manaea for eight runs and added a few more to come away with the 13-5 victory.  They’ve now scored 27 runs in the last two nights.

Mookie Betts, Hanley Ramirez, and Travis Shaw all went deep in this one.  Jackie Bradley Jr. also extended his league leading hit streak to 16 games with a two for four night that included an RBI single in the seventh.

The highlight was Hanley’s homer in the first inning.  First I heard it was 450 feet, then I heard 460, and most recently I heard 468 on NESN.  I’m not even sure if it landed yet.

The last time I saw a bomb like this at Fenway it was off the bat of another right-handed hitter named Ramirez:

Sean O’Sullivan wasn’t necessarily dominant in his Red Sox debut but he did enough to get the win.  After starting the season 9-9, the Sox are 11-4 in their last 15 games and have taken a half game lead over the Orioles for first place in the AL East.