If you weren’t able to make it to Wednesday night’s 2022 Boston Music Awards at Big Night Live, here’s a quick summary:

Hip-hop is currently dominating the entire landscape of our city’s music scene.  There have been complaints in the past about the award show’s lack of respect for the genre, but it turns out they were really listening this year. There were some repeat winners and some first timers: 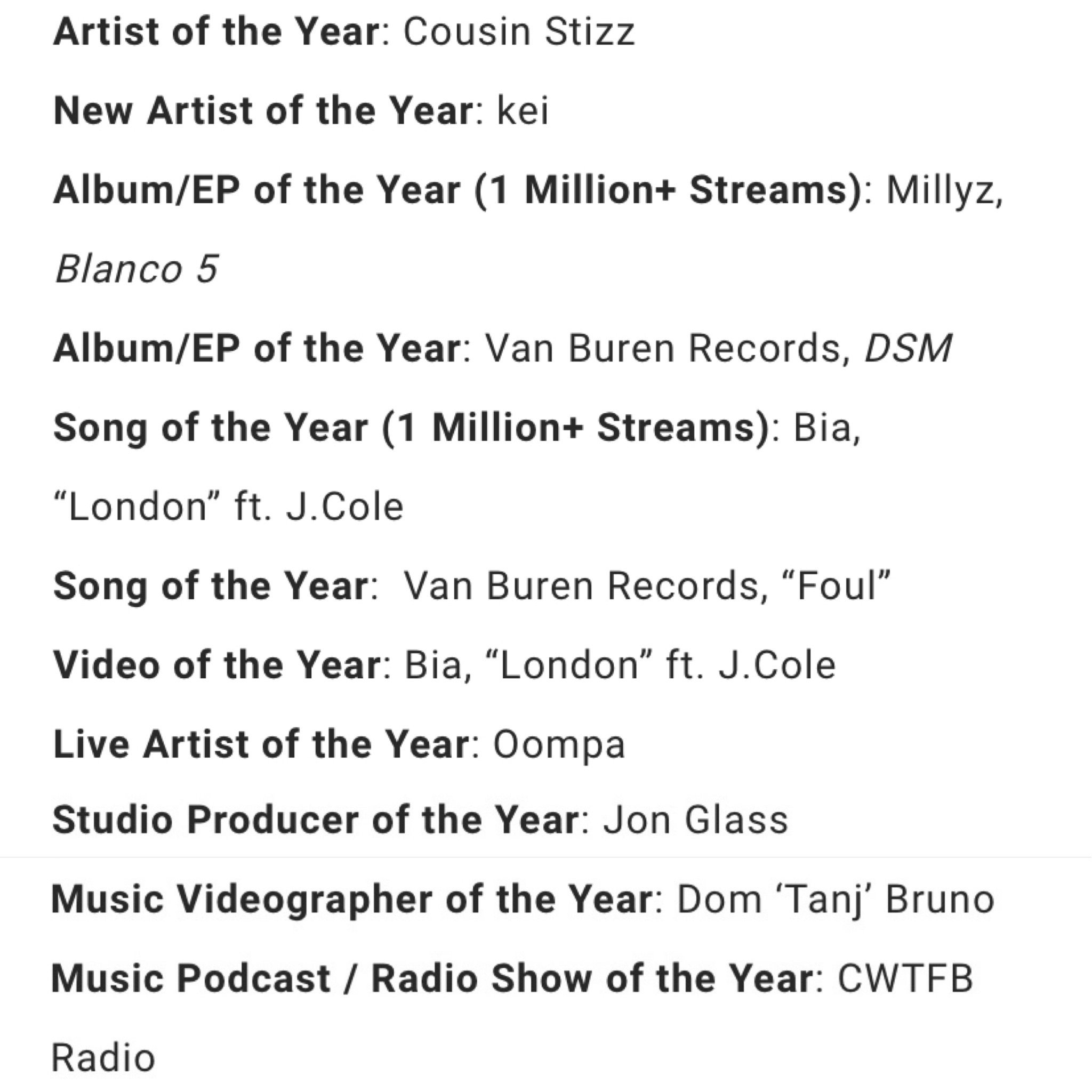 Cousin Stizz, Millyz, BIA, Van Buren, and Oompa are no strangers to the awards, but to see them sweep the biggest categories of the night was definitely a first.

CWTFB Radio continues to raise the bar for Boston music podcasts.  This category is getting more and more competitive each year and the example they’ve set with their consistency is a big reason why.  They deservedly took home some hardware for the second year in a row.

Dom “Tanj” Bruno, the man behind all of Millyz’s visuals as well as numerous heavy hitters in New England and beyond, received his first nod for Videographer of the Year.

It’s hard to describe how much Jon Glass deserves this one.  Studio Producer of the Year.  If you’ve been around the scene for the last decade then you’re familiar with Jon’s work, whether you know it or not.  His impressive resumé saw its biggest milestone yet in 2022 with his contribution to one of the year’s biggest records worldwide and the BMA song and video of the year, “London” by BIA featuring J. Cole.

There were still some key names left out (BoriRock, Rosewood Bape, Caso) but this is progress.  It wasn’t long ago that hip-hop was struggling to get its foot in the door at the BMA’s.  Now it’s front and center and doesn’t show signs of slowing down.  Congrats to all of the nominees and winners!