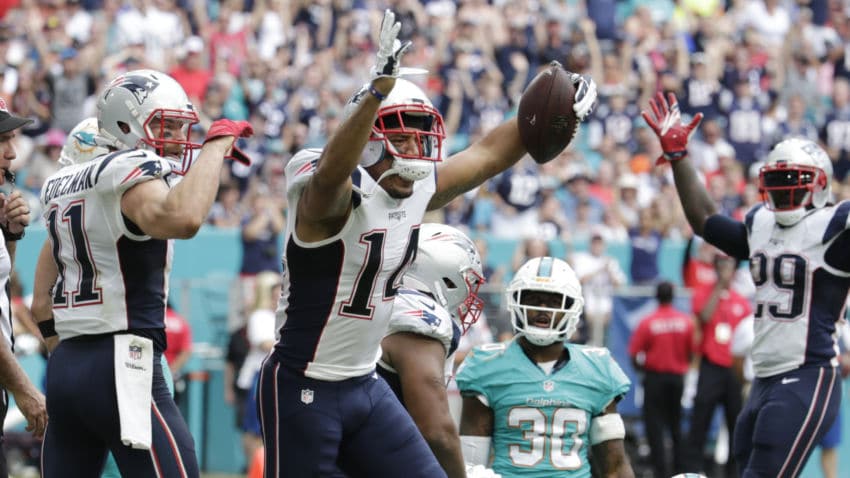 Arizona Cardinals receiver Michael Floyd looked like he might have been returning to his old self when he had his first 100-yard game of the season in a week 10 win over the 49ers.  That hope quickly faded when he racked up just 88 yards in the next four weeks combined.

Things took a turn for the worse on December 12th, when Floyd’s issues extended beyond the football field.  The fifth year receiver was arrested after being found asleep at the wheel of his car at an intersection in Scottsdale, Arizona.  Two days later, he was cut from the Cardinals and head coach Bruce Arians made the following statement when asked if he could provide any additional information:

“Really nothing other than how disappointed I am in Mike. It set a bad example for those young fans out there. We talk about don’t be ‘The Guy.'”

It can be assumed that at this point Floyd felt like he had thrown away his career, or at least severely damaged his reputation to the point where teams might be reluctant to give him another chance.  And while it’s hard to say whether or not it played any role in the Cardinals’ unwillingness to forgive their 27 year-old wide out, it probably didn’t help that he had been having his worst season statistically.  It’s hard not to think that he was rightfully overcome with a sinking feeling that the best days of his career were behind him.

To the surprise of Floyd and just about everyone else, that feeling would only last for about 24 hours after he was cut.  The next day, he received a call from Bill Belichick, granting him with an opportunity to play with the team that’s the favorite to win the Super Bowl.

At this point, he was probably shocked that anyone would give him a chance this quickly and he immediately made a promise to himself to be grateful and not screw it up this time.  Just another example of Belichick having a leg up on the rest of the league by really understanding players and their personalities.  He knew that if he reached out to this guy while he was at rock bottom, there was a possibility that he could lift up his spirits and motivate him to do great things.  If it doesn’t work, it doesn’t work.  But there’s really no risk involved.

When the embarrassing video of the arrest came out after the Patriots had already signed Floyd, some thought they may have been too quick to grab him.  But Belichick understood the situation, and in typical Belichick fashion, he had already moved past it.  He was hoping Floyd would do the same.

Well, so far it’s worked.  Floyd’s breakout game with the Pats came in last Sunday’s win over the Dolphins in Miami, just 20 days after he was arrested and 18 days after he was cut by the Cardinals.  In the regular season finale, he managed to come through with two of the team’s most memorable plays all year.

First, there was this touchdown catch to put the Pats up 14-0 in the first quarter.  Floyd was stood up at the 4-yard line by four Dolphins defenders, but still managed to power his way into the end zone:

Then there was this vicious block on Tony Lippett to assist Julian Edelman on the longest touchdown reception of his career:

Credit Belichick and the rest of the Patriots organization for believing in this guy, because he clearly came to New England with a chip on his shoulder.  That performance on Sunday showed that he’s determined to prove his worth and not be defined by his mistakes.  A player with that kind of hunger can be a big boost for a team, especially heading into the playoffs.