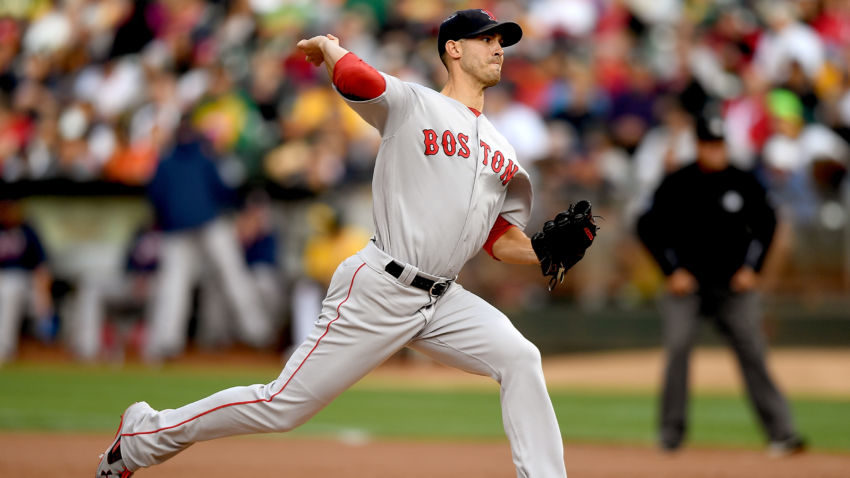 The MLB All-Star game took place two months ago.  At that time, the Red Sox had one pitcher who was deemed good enough to make the All-Star team, and it wasn’t their supposed ace David Price.  It was Steven Wright, the surprising 31 year-old knuckleballer who had previously never won more than five games in a season.

Two months later, the Sox enter their last three weeks of the year with a pitcher who’s in the running for the AL Cy Young Award.  Again it’s not David Price, and it’s not Steven Wright this time either.  After a huge win over the Blue Jays in Toronto on Friday night to give Boston a two-game lead in the AL East, Rick Porcello is the first pitcher in Major League Baseball to reach 20 wins this year and the first Red Sox pitcher to do so since Josh Beckett in 2007.

The 2016 Red Sox are 22-7 in games started by Rick Porcello.  In the rest of their games they’re just four games over .500 at 58-54.  If it weren’t for Pretty Ricky, we’d probably be getting prepared to miss the playoffs for the sixth time in seven years.  After what took place last season, it’s safe to say that no one saw this coming.

The Red Sox had high hopes for Rick Porcello when they acquired him in a trade with the Tigers in December of 2014.  The soon-to-be 26 year-old was coming off a career year in 2014, racking up 15 wins and finishing 17th in the AL with a career-best 3.43 ERA.  The Sox were intrigued and decided to ship Yoenis Cespedes, Alex Wilson, and Gabe Speier to Detroit in exchange for the right-hander.

On April 6, 2015, they signed him to a four-year extension worth $82.5 million, only to watch him stumble through a 9-15 season with an ERA up around five (4.92).  While many were quick to write off Porcello as a bad acquisition, recent history told us that for whatever reason, some pitchers take a year or two to get comfortable in Boston (see Josh Beckett and John Lackey).

Apparently that was the case with Pretty Ricky because he’s been absolutely lights out for the majority of the 2016 season, especially in the second half.  He’s currently boasting a MLB-best 20-3 record and is ninth in the AL with a 3.20 ERA, making him a legitimate candidate for the Cy Young Award.

If you’re wondering how a guy who was nothing but a disappointment to Red Sox fans a year ago is suddenly the best pitcher in baseball, look no further than his work ethic and preparation:

“He’s been our stopper and he’s been very consistent, probably the most dependable guy in our rotation when you go back to the opening series of the season”, John Farrell said a few weeks ago, “It’s not a fluke. It’s the work, the preparation, the competitiveness that he shows on the mound.”

That competitiveness from Porcello has always been there, but now he has results to go with it.  Still, the competitor inside him won’t allow him to get too high on personal accomplishments.  If you ask Rick, he’s just happy his team is in position to contend for a World Series title:

“I think about us winning a World Series and that’s all I care about”, the starter said when asked about his success this season, “Obviously it’s nice from a personal standpoint but it means nothing if we don’t accomplish our goals as a team.”

For a guy who faced a lot of doubt from Red Sox Nation heading into Spring Training this year, he’s certainly fitting the mold of a fan favorite now.