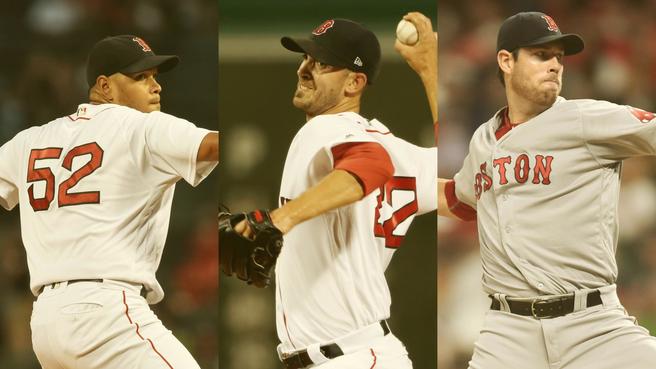 Rick Porcello showed us once again on Wednesday night that he is completely incapable of not allowing runs in the first inning.

Pretty Ricky (I don’t know if we should even call him that anymore) has been atrocious out the gate in just about all of his starts this year.  After allowing 3 runs in the first last night, his first-inning ERA is now 6.82.  In his 33 starts he’s allowed 26 first-inning runs, tied for the second most in the Majors behind the Mariners’ Ariel Miranda.

No disrespect to Rick, but his 2016 season was indeed a fluke.  It’s not often that you see a guy win the Cy Young and then fail to crack the postseason rotation the next year, but that’s exactly what should happen in this case.

The one and two spots should undoubtedly go to Sale and Pomeranz, and Eduardo Rodriguez has done enough over the last month to prove that he should land in the three spot.  E-Rod pitched a shutout against the Reds his last time out and has allowed just four earned runs in his last four starts.

If a fourth starter becomes necessary, Porcello still doesn’t make the cut.  Doug Fister has been shaky to say the least, and his ERA (4.87) is actually slightly higher than Rick’s (4.65).  But in the playoffs, where jumping out to an early lead is so much more crucial, it’s impossible to trust a guy who’s allowed 26 first-inning runs.

As for David Price, he’s been phenomenal in his two appearances out of the bullpen and that will continue to be his role in October.  His only postseason success thus far has come as a reliever so there’s reason to be hopeful.

On Thursday night the Sox will start a four-game weekend series with the Astros at Fenway to wrap up the regular season.  The magic number to clinch the AL East is down to two.