It’s no secret that Brady and the Pats have been dominating sports headlines lately.  It’s hard to log onto Facebook without seeing a story about Brady, Goodell, and this whole “deflategate” fiasco.  It’s also hard to find a story about the Patriots without seeing hundreds of comments stating that Tom Brady is “a cheating scumbag” and “Goodell should have extended his suspension”.  Sometimes I reply to those comments with logical arguments to make them look stupid and sometimes I just click on the person’s profile so I can find out what shitty team they root for, which usually helps me understand why they’re so mad.

Either way, Patriots haters are an absolutely joy to interact with.  Reading their comments makes me so grateful to be a fan of such a great, successful organization because they help me to see how bitter I would be if that wasn’t the case.  If I had to watch Tom Brady stomp on my favorite team year after year, who knows how frustrated I would be.  As soon as there were whispers about Brady possibly knowing about deflated footballs, I also might ignore the lack of concrete evidence and scream “cheater!” in hopes that the accusations were true so there could be some justification as to why Brady’s team is always better than mine.  I might overlook the fact the Pats would have destroyed the Colts even if the allegations were true and I would claim that there should be an asterisk next to their Super Bowl win.  So don’t feel bad Patriots haters, I understand where you’re coming from.

But also, and most importantly, don’t stop hating.  It is the fuel that drives us.  Brady, Belichick, and the entire Patriots organization and fan base thrive off of it.  It’s what makes football so exciting for us.  Knowing that the whole world is against us.  Brady was crucified by his haters in the two weeks leading up to the Super Bowl and went on to shred one of the greatest defenses in NFL history for over 300 yards and four touchdown passes (with regulation balls).  So please, keep giving him reasons to be pissed off.

Like these Jets fans flying over Patriots training camp this morning.

Excellent work guys.  I doubt Brady or Belichick looked up, but if they did then you can just add this to the reasons that they will dismantle your poor excuse for a football team twice this year.  I definitely don’t condone trolling the team that has won your team’s division 11 of the last 12 years and a little research on the Jets’ cheating history would have made them realize how hypocritical this is (tripgate, tampergate, spygate).  But as Patriots fans, this is exactly what we want.  We’ve embraced the role of NFL villains and as long as there is still an outpouring of hate then we are still the biggest threat to win the Super Bowl.  That’s how sports works.  People hate the good teams.  And the longer a team is good, the more people will hate them.  I’m not looking forward to the day that people stop hating the Patriots because that will mean they’re no longer a great team.  Is there anyone on this planet that hates the Jacksonville Jaguars?   I doubt it.

As far as the whole deflategate thing goes, obviously I’m riding with Tommy Boy.  After seeing his Facebook post yesterday in which he confidently stated that he “did nothing wrong, and no one in the Patriots organization did either”, it’s clear that he’s either innocent or he knows that there isn’t enough evidence to prove that he’s guilty.  Either way I hope things go his way in court and the four games get wiped out so we can go back to being the bad boys of the NFL.

And for those of you saying that he’s guilty because he destroyed his cell phone, his cell phone was not needed in the investigation.  Ted Wells already had possession of the ball boy’s cellphones and could easily access their text interactions with Brady, which is another reason why none of this makes sense.  It was a witch hunt from the start and the only reason Goodell upheld the suspension was to protect whatever reputation he still has.  He knows he would have looked like an idiot if he admitted that this was all for nothing. 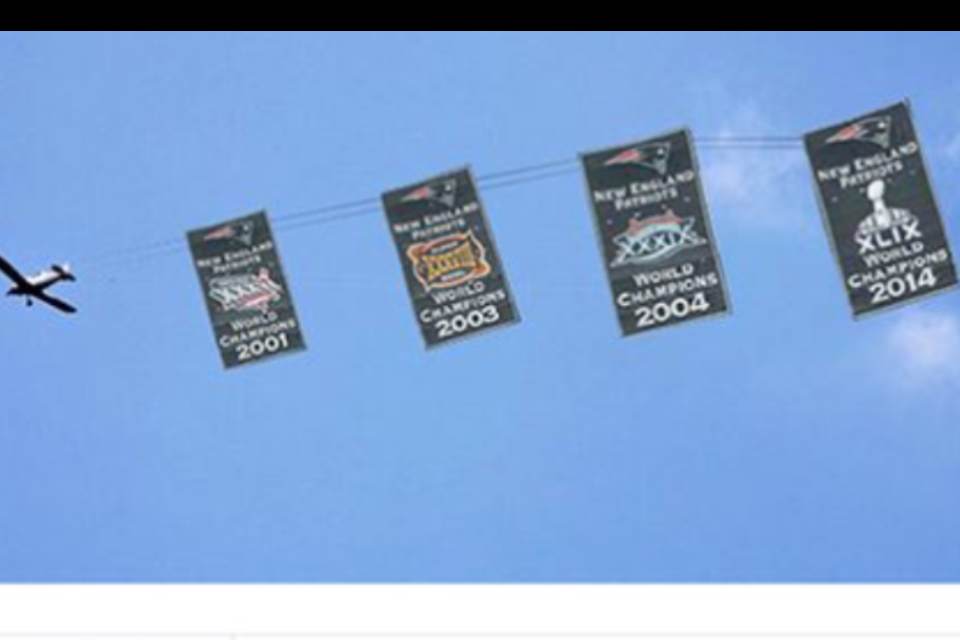