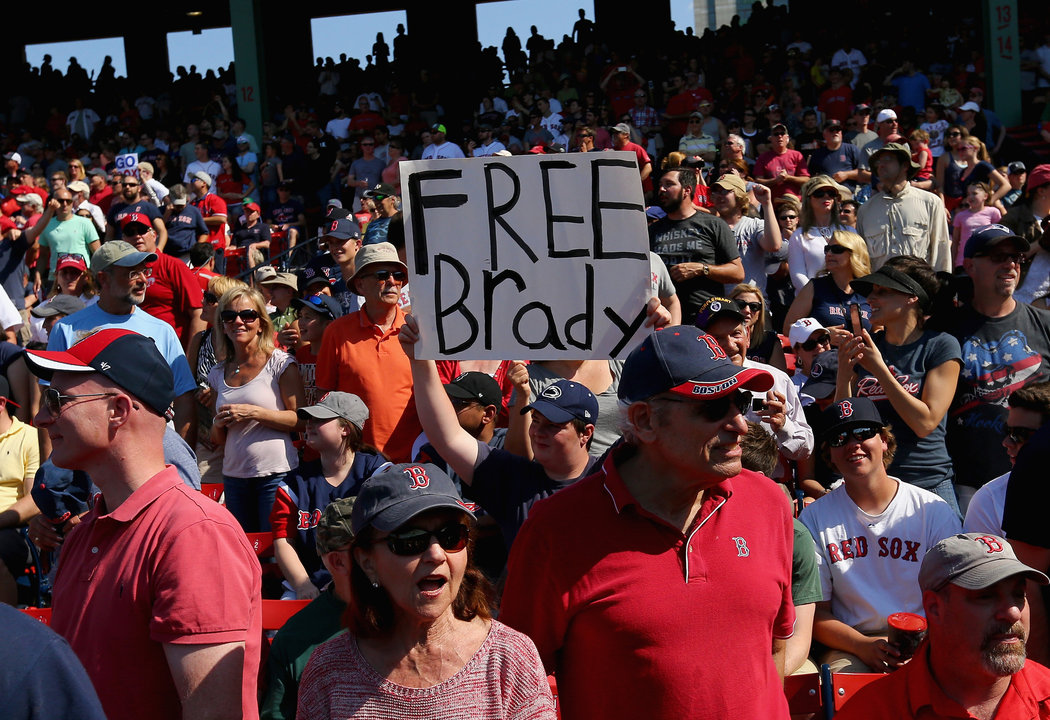 That’s good for him and I hope he gets his suspension lifted (again), but I’m already looking ahead.  I’m done talking about deflated footballs.

Along with the rest of Pats Nation I’ve spent the past 16 months defending the wall and I personally can’t do it anymore.  Last summer was brutal.  Once it was over I thought we wouldn’t have to deal with all of the overblown coverage of the NFL’s anti-Patriot motives anymore, but I was wrong.

We know that the whole thing is complete bullshit, but we also know that Roger Goodell has way too much power.  So unfortunately things might not work out the way we want them to.

Oh well, the Pats have an easy schedule to start the year.  Easy enough that Jimmy Garoppolo could game-manage them to a couple wins and leave Brady the with same 2-2 record that he had in 2014 before they won the Super Bowl.  If that’s the way the NFL wants them to do it again then that’s the way they’ll do it again.  A four game Tom Brady suspension sounds terrible but it’s not going to stop this team from having another great season.

At this point, screaming “Free Brady” seems like a waste of time and effort for something that we as fans have no control over.  That doesn’t mean people should stop chanting it at Fenway because I think that’s awesome.  As long as they also take some time to enjoy that great baseball team they’re watching and to look forward to another memorable Patriots season, whether or not Brady plays in the first four games.  We’re too good to let this make or break us.

We can let Tom fight his fight as he deserves to do, but as fans we should really move on.  Anyone with half a brain can understand how corrupt the NFL is and can comprehend the injustices that have occurred throughout this entire process.  There’s no way in hell Tom Brady should serve the same suspension for allegedly deflating footballs that Greg Hardy served for beating the crap out of his girlfriend, throwing her onto a bed full of loaded assault rifles and threatening to kill her.

But that’s what the NFL has become.  There’s no logic or reasoning behind any decisions that are made.  And if Brady’s four game suspension stands, then the league is the real loser here, not the Patriots.  It will just further solidify the NFL’s current standing as a corrupt and immoral organization and will hopefully lead to some much-needed changes.