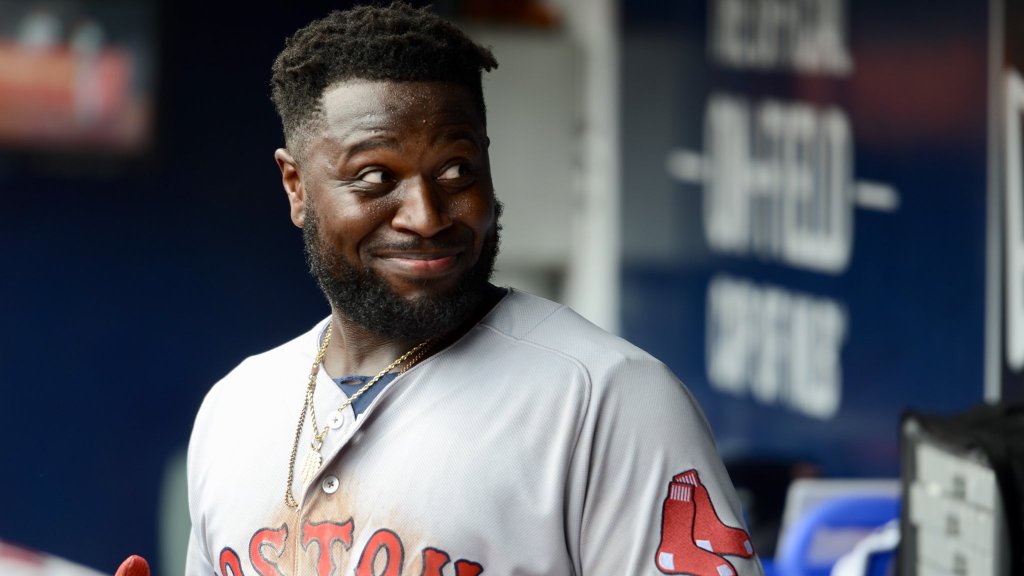 On Tuesday night I wrote an article about Brandon Phillips being called up to the Red Sox.  I didn’t see much coverage on him so I decided to throw in my two cents and say that the guy is probably still capable of being a productive hitter at the big league level.

Little did I know that the next day he would come through with one of the Red Sox’ biggest hits of the season in his team debut:

We might have a new fan-favorite in Boston.  That swing is something else.  Crushes the ball into another dimension and finishes with his off-hand.  That lean back at the end would make Fat Joe proud.

The hit came after the Sox scored six runs in the eighth to tie it 7-7 before Freddie Freeman took back the lead with a solo shot in the bottom of the inning.  That’s when the 37 year-old newcomer endeared himself to the Red Sox’ faithful with a two-run homer off the Braves’ A.J. Minter to retake the lead.  Craig Kimbrel shut it down in the ninth to finish yet another miraculous comeback for this 2018 squad.

Because Phillips was called up after August 31st, there have been questions as to whether or not he could be available for the postseason roster.  Here’s the loophole: The Sox currently have four players on the 60-day DL.  Austin Maddox, Marco Hernandez, Dustin Pedroia, and Carson Smith.  If any of them are deemed injured and not available for action, Phillips would then be eligible for October.

Given the uncertainty of those four names, it’s almost guaranteed that one of them will become a scratch at some point.  And if Phillips continues what he started on Wednesday, he’ll undoubtedly get an opportunity to contribute to the playoff run.

He ended up scoring a third of the Sox’ runs in their 9-8 win.  Not a bad initiation.