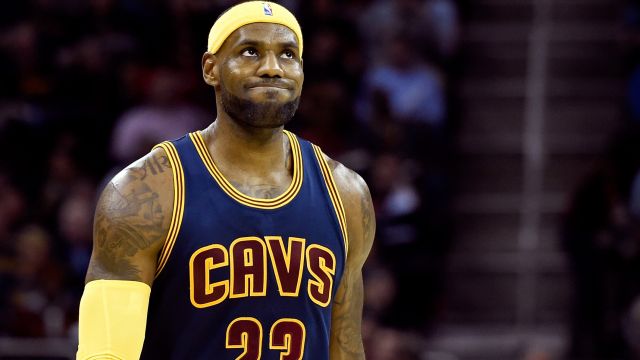 It has been well documented since I started this blog that I am not a big supporter of LeBron James.  Like millions of other basketball fans around the world, I’ve grown extremely tired of his antics over the years.  Flopping around the court like a fish out of water, whining uncontrollably when he doesn’t get a foul call despite the fact that the refs favor him 99% of the time.  I’ve also poked fun at him for lacking the mental fortitude of some of the all-time greats such as Jordan and Bird.  Obviously “The Decision” didn’t necessarily endear him to the general public and I know that Celtics fans such as myself are still bitter about the refs holding his hand and guiding him through the 2012 Eastern Conference Finals en route to his first ring.  From 2010 until now, LeBron James has quite possibly been my least favorite athlete on the planet.

Last Sunday night, I started to feel like that was going to change.  Coming into game two of the Finals, the series appeared to be all but over for Cleveland.  LeBron was missing his two most elite counterparts and the Warriors were ready to grab a 2-0 series lead in front of their raucous home crowd at Oracle Arena.  Instead we saw the greatest basketball player in the world put up one of the more ridiculous Finals stat lines in recent memory (39 pts, 16 rebounds, 11 assists) and lead some overachieving scrub named Delly and a newly resurrected J.R. Smith to a victory over one of the greatest regular season teams in NBA history.  When the final buzzer sounded in the overtime thriller, LeBron emphatically slammed the ball to the floor and let out a scream loud enough to drown out criticism of anyone and everyone who has questioned his resiliency in the past.  Now that’s a player I can root for, I thought.  Anyone that can prove all of his doubters wrong and then let out a KG-like roar once it’s all over is a winner in my book.  As much as it pains me to admit it, I think I might have been starting to like LeBron just a little.  Or maybe I was just starting to hate him a little less.  It helped that the refs didn’t seem to be favoring him quite as much and, for the first time in his career, he actually had to overcome some calls that didn’t go his way.  After that game I made a promise that if Bron Bron is able to lead this group of no-names to a Championship, I will never say another bad word about him again.  There won’t be anything negative to say at that point.  I would be just like another one of those losers that still hates on Tom Brady even though he’s proven his greatness over and over again.

I was a little torn by my decision to potentially start liking LeBron, but through the first three quarters of game 3 it felt like it was justified.  The Cavs were on their home floor and they were handling the Warriors.  LeBron was showcasing another historic performance.  We were witnessing greatness.  When the Warriors started to make a furious comeback in the 4th quarter, I couldn’t wait to see how James would respond.

And after a couple days of being sucked into the LeBron James vortex that I have managed to avoid for the past few years despite the relentless efforts of ESPN, I was reminded why I have such a hard time rooting for this guy.  Just under a minute left, two possession game, LeBron misses a jump shot off the side of the backboard, sprints down the court out of frustration, slides into Curry, knocks the ball loose, no foul.  The worst part about this is that there was not even a mention of a foul from the announcers.  They even had the nerve to say that it was a great hustle play.  Excuse me, but he took Curry’s legs out from under him.  On what planet is that not a foul?  Can you imagine if someone undercut LeBron’s legs during a crucial moment of a Finals game and there was no whistle.  Bron Bron would have those refs fired in a heartbeat once he finished whining and complaining, which Curry had the self-respect to not do (although I wouldn’t have been able to control myself if I were him).  After that play I obviously felt as though Cavs did not deserve to win that game and I decided to forgo my decision to jump on the LeBron band wagon.

But I also made an observation.  It’s not that I don’t want to like LeBron.  Maybe that was the case a few years ago, but not anymore.  It’s that the NBA simply won’t let me like LeBron.  As far as his game goes, it’s pretty much flawless at this point.  But man is it hard to root for someone who gets babied by the referees and can do absolutely no wrong in the eyes of the NBA and every national sports analyst.

I was then reminded of why I always question his attitude and his toughness when he was chirped by a girl after the game and he actually took the time to stop and give her a death stare.  99% of professional athletes would have kept walking, but LeBron had to stop for a second just to prove to that little white girl (and to himself) that he is not a pussy ass bitch.  Clearly he was a little shaken up by her comments.

So, needless to say, I was happy to see Bron Bron struggle in the game 4 loss and I couldn’t be happier to have avoided becoming a member of #teambronbron.  It’s just not who I am, and I needed to be reminded why.  Episodes like the ones mentioned above or this one where his signature exaggerated dive backfires and he ends up headbutting a camera man were the perfect refreshers for me.  Let’s go Warriors. 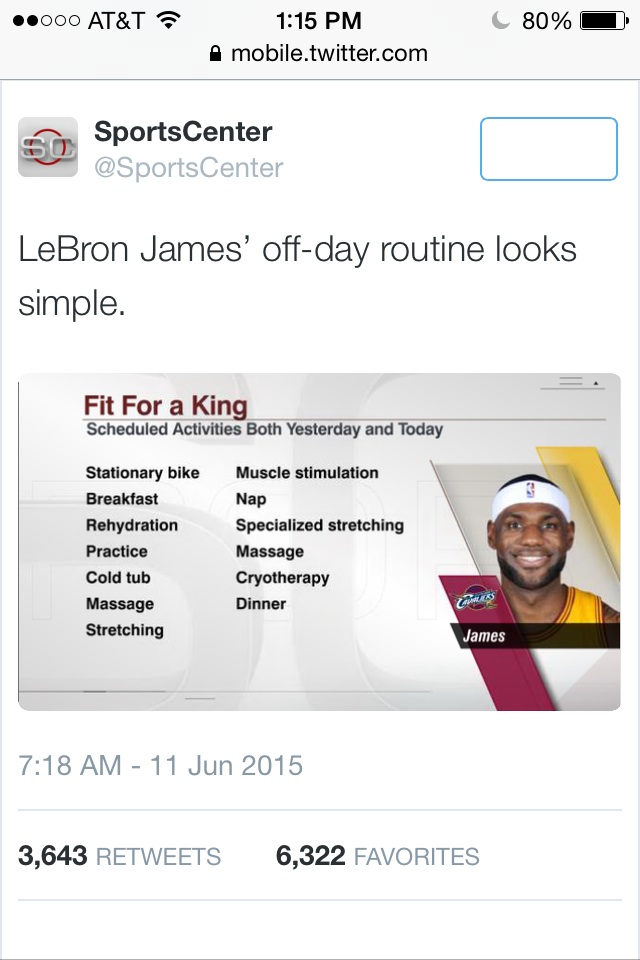 It’s super interesting that he works out and drinks water and eats dinner. I bet no other athlete in the history of humanity has had such a rigorous schedule. Bow down to greatness.

1 thought on “How I Almost Started Liking LeBron”