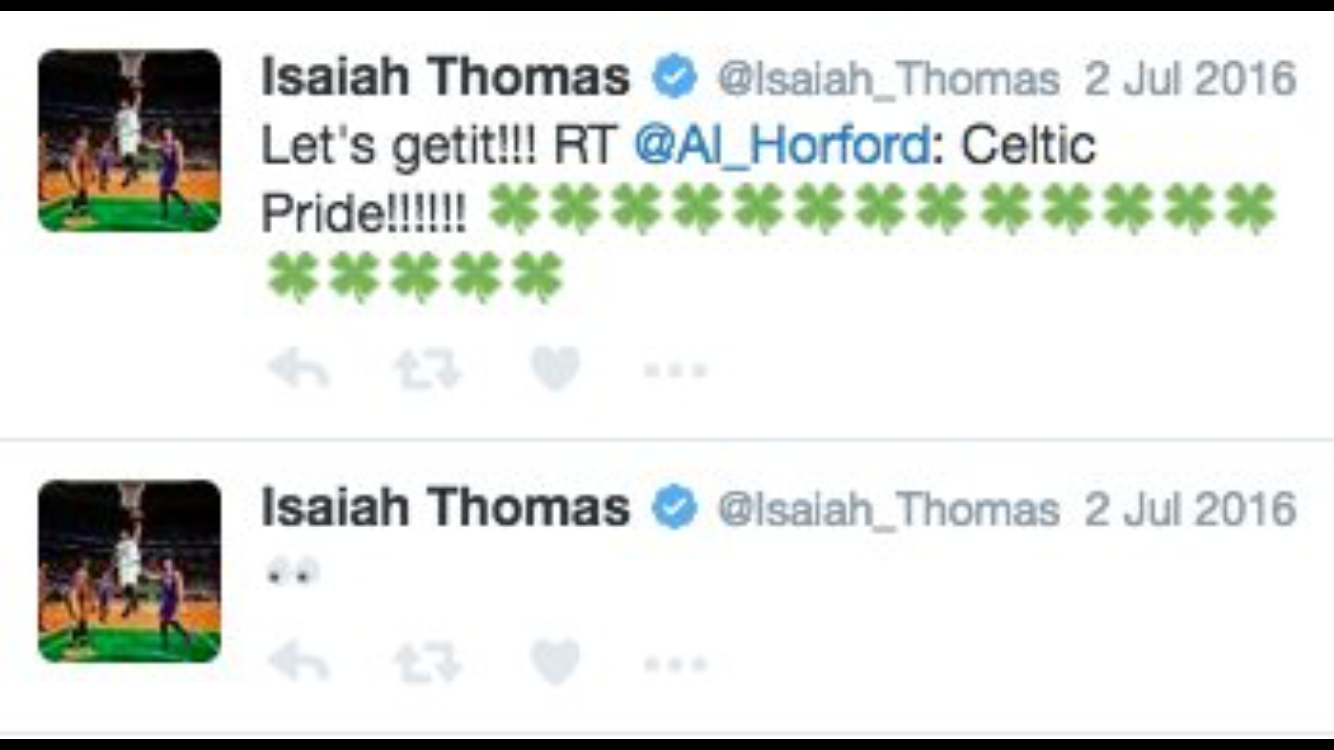 Naturally, Celtics fans are losing their minds.  And Isaiah 100% knew they were going to lose their minds, which is why my gut feeling tells me that something is going to happen.  Considering how much he loves the good people of Boston, I can’t see why he would just tweet something to play with our emotions.  For better or worse, I’ve completely convinced myself that a deal is about to go down.

Three hours after Isaiah’s tweet, at 12:44 AM Eastern time, Jae Crowder added fuel to the fire with his own assortment of emojis:

It would be extremely disappointing if these tweets turn out to be nothing.  Like I said, I just don’t see how they would find amusement in getting our hopes up for no reason.

The two most popular rumors appear to be a trade for Jimmy Butler or Carmelo Anthony.  The Melo one really heated up when the Celtics followed him on Instagram Monday night amidst the tweets by Crowder and Thomas:

The official deadline is on Thursday at 3 pm, so we could be looking at a stressful couple days filled with refreshing our Twitter feeds.  Good luck C’s fans.