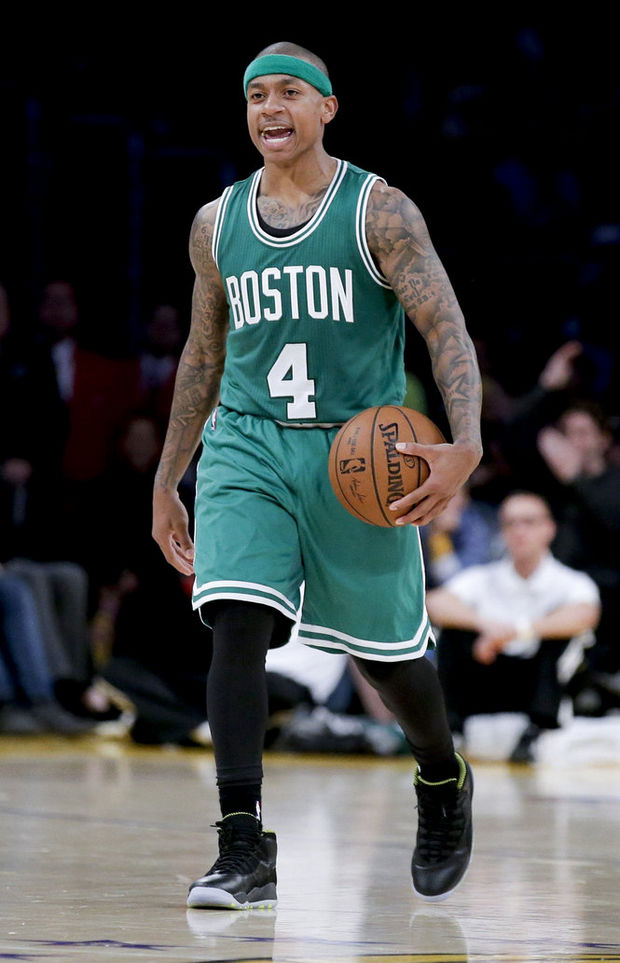 In last night’s Celtics-Lakers game, NBA refs once again proved that they are by far the worst officials in all of professional sports.  The C’s lost to LA 118-111 in overtime in what was probably the worst officiated game of the NBA season, highlighted by this bogus 4th quarter offensive foul call on Isaiah Thomas which somehow led to an ejection that basically lost the game for Boston:

So let’s break this down.  Thomas dribbles to the elbow for a step back jumper, gets called for a nonexistent offensive foul, slams the ball on the ground, and gets ejected.  Considering the atrocity of that call, I’d say that slamming the ball on the ground was about as mild a reaction as you could have expected from Isaiah.  Not to mention that being ejected requires two technical fouls.  I understand that he got a tech for bouncing the ball but what was the second one for?  Just because?  I hate saying the NBA is rigged but the only way I’ll be convinced otherwise is if refs stop determining the outcome of games with these inexcusable, disgustingly inaccurate calls.  The worst part is that this one came right after Thomas knocked down a few shots to bring the C’s within four, which definitely makes it seem like the officials had some sort of hidden agenda.  I’m not sure why the NBA always seems to favor the Lakers in these rivalry match ups with Boston, but it’s been happening for years (see 2010 Finals).

Of course a few minutes later they blew another call as Marcus Smart drew a whistle after making a clean steal on Nick Young with 12 seconds remaining.  If it weren’t for the foul call, Avery Bradley would have had a clear path to the hoop after Smart advanced the ball to him.

The C’s were able to overcome the poor officiating momentarily as they forced overtime thanks to this clutch three from Bradley:

Unfortunately, Boston struggled to score in OT and ended up losing by seven.

The way Thomas was shooting before he got tossed, I’m almost sure he would have led the Celtics to a win in regulation.  According to Brad Stevens, he apologized to the team after the game for letting his emotions get the best of him.  Classy, but not necessary.  The refs are the ones who should be apologizing.  I’m 100% okay with Thomas’ reaction.  I love to see that kind of passion from a guy who we’re now looking to as one of the leaders of this team, and it certainly didn’t warrant an ejection.  The good news is that before he got ejected, he showed what an explosive offensive weapon he can be, contributing 21 points and 3 assists in 25 minutes, including this beautiful dime to Smart: