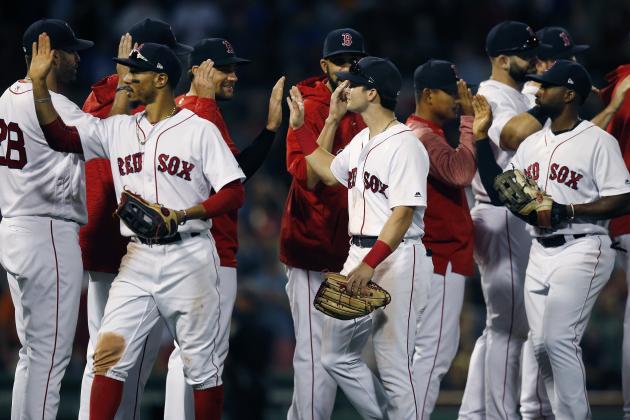 The greatest regular season in Red Sox history has come to a close and we’ve entered October.  A condensed, month-long campaign (if you’re lucky) where you’re playing against elite competition every night.

In other words, those 108 wins don’t mean shit anymore.  It’s finally time for this team to show what they’re capable of doing when they’re faced with a do-or-die situation.

This is when even the best teams have their flaws exposed, which has been the case for the Sox the last two seasons.  Playoff success is something that they’ve been immune to since 2013, and 2016 and ’17 saw a 1-6 ALDS record despite back-to-back AL East titles.  Now a third consecutive division banner has fans nervous about the potential for another disappointing Fall.

Will they come up short of an ALCS appearance again?  It certainly wouldn’t shock anyone.  If you’re not concerned about the bullpen and the injuries/postseason track record of the starters then you haven’t been paying attention.

There are plenty of things that could go wrong for this team in a match-up with either the Yankees or the the A’s, who both have strong bullpens.  The Sox have given up leads and relied on late-inning comebacks all year and that’s a lot harder to do when a great team is attacking you with nothing but their best arms.  As for the starting pitching, Chris Sale struggled to reach the low 90’s with his fastball in his last outing and we know about his postseason resume as well as those of David Price and Rick Porcello.

This year’s Red Sox team is better than last two.  They have a new attitude behind Alex Cora and they’re still fully capable of putting together big innings.  There’s no way they’re getting swept in the Division Series regardless of the opponent, but a four or five-gamer is likely and another first round exit is a realistic possibility.  Definitely don’t count them out, that would be lame.  Just be mentally prepared for disappointment.  That way if they do win, it’s even more exciting.