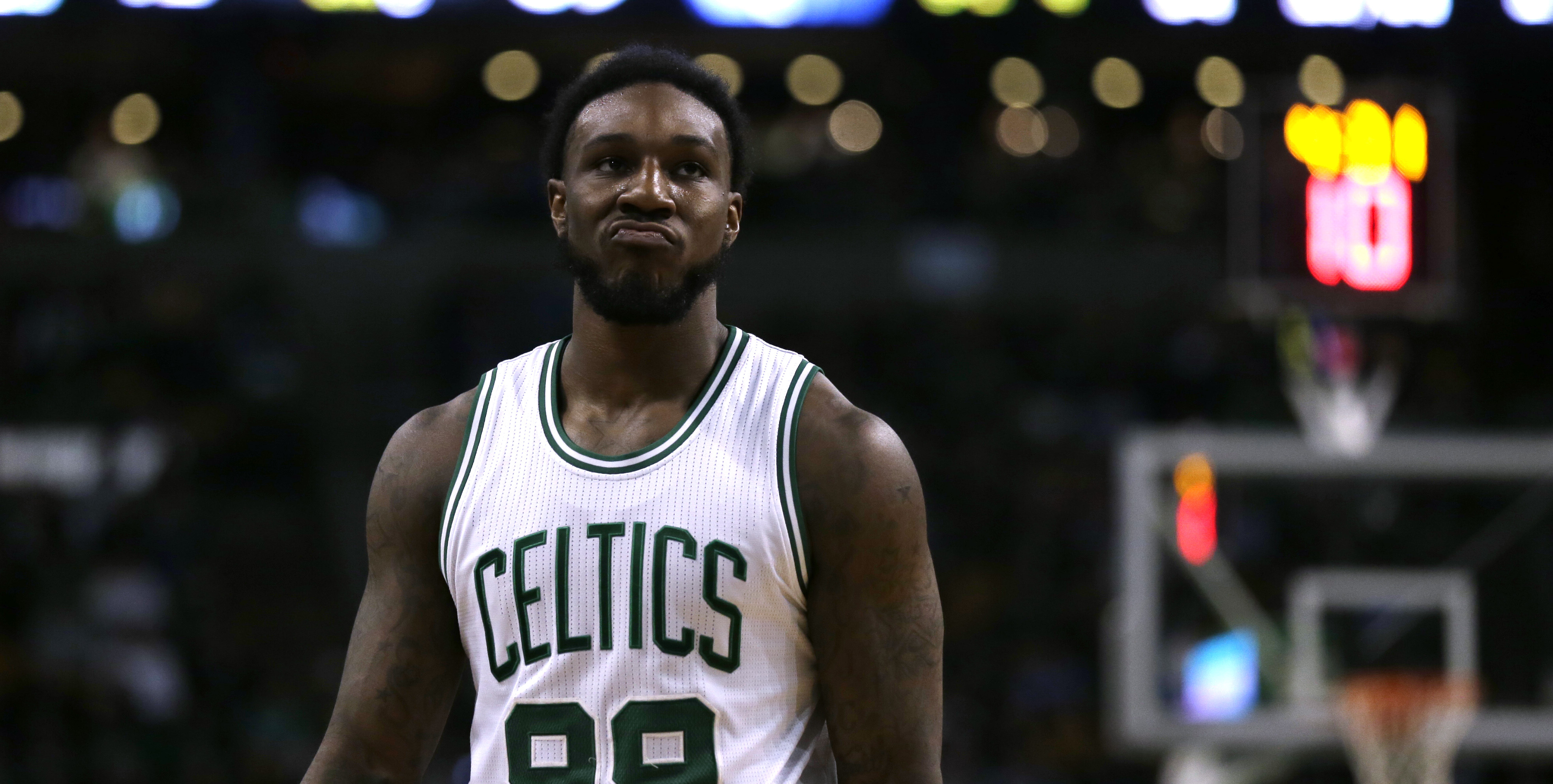 Jae Crowder had high hopes that Kevin Durant would choose to sign with the Celtics, which is why he’s beyond angry at KD for picking the Golden State Warriors.

When Crowder joined Isaiah Thomas, Marcus Smart, Kelly Olynyk, and Tom Brady in the Hamptons to meet with Durant on July 2nd, he believed that the pitch they gave him would be enough to convince him.  It was assumed that KD would be looking for ways to overcome the Warriors and the Cavaliers.  That appeared to be his only chance to win a ring, and the Celtics kept that in mind when preparing for their meeting:

“We were the only team in the NBA to beat both (Cleveland and Golden State) on their home court – the only team in the NBA, the Boston Celtics,” he told MassLive.com. “We told him that. We played him clips from both games and told him basically the scouting report of how we guarded Steph (Curry) and Klay (Thompson) – our entire game plan, basically. That’s what made me mad. We (expletive) told him everything we do to beat these guys, and we beat them, and he went and joined them.

And that’s the thing.  Nobody thought Kevin Durant was enough of a sell-out to actually join the team that he blew a 3-1 lead against in the Western Conference Finals.  If they had any idea, the Celtics wouldn’t have given him their secrets to success.  Something that Crowder fully regrets in hindsight:

“I felt like afterward, I was talking to Isaiah, like maybe after you sit back, you shouldn’t have told him everything,” Crowder said. “Like, who the (expletive) thought he was going to Golden State, realistically? It was like a slap in the face for us, basically.”

The consensus was that Durant would likely be going back to Oklahoma City.  On the off-chance that he didn’t return to the Thunder, there appeared to be a realistic possibility that he could team up with the Celtics.  Especially after they acquired Al Horford hours before the meeting.

Instead, he decided to join the team that eliminated him from the playoffs, making this even worse than LeBron’s Decision.  And much like LeBron’s Miami Heat teams, the Warriors are going to be the villains of the league and are guaranteed to have a big target on their backs next season.  It’s safe to say that Jae Crowder can’t wait to match up with them:

“That team is for sure the villain of the league,” he said. “Every other NBA guy, friends of mine, are really disgusted for how the league is turning on that standpoint. Everybody is joining together, everybody wants to go to Golden State or Cleveland.”

This is just another reason Crowder has become a fan-favorite since he was traded to the Celtics in December of 2014.  He isn’t afraid to be a vocal leader for the C’s and he definitely isn’t afraid of making enemies.  I can’t wait to see the kind of effort he brings against Golden State next year.  Expect a lot of trash talk and perhaps some extracurricular activities between him and KD.